In the summer the light will be the 19th a contender for the Royal throne of great Britain and seventh great-grandchild of Queen Elizabeth II. The Queen’s granddaughter Zara and her husband Mike Tindall are expecting their second child, a spokesman for the couple. 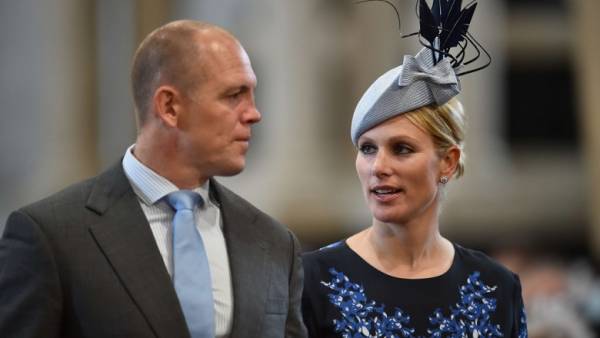 Elizabeth II and members of the Royal family was very pleased with this news, said Buckingham Palace.

The couple already have one child — a three year old daughter MIA. Another pregnancy of Zara Tindall in the spring of 2017 failed.

The seventh great-grandson of the Queen must be born in the summer. It will be the 19th in the order of succession to the throne — behind the third child of Prince William and Duchess of Cambridge (his birth is expected in April).

36-year-old Zara is the daughter of Princess Anne and her first husband, captain Mark Phillips.

It is professionally engaged in horseback riding. At the Olympic games of 2012, Zara won a silver medal in the national team.

35-year-old Michael Tindall, who won the 2003 Rugby world Cup as part of the British team, has no Royal title and, unlike some other members of the Royal family, it has not addressed as “your Highness.”

In his Christmas speech, the Queen said impatiently waiting for a new family members in the coming year.

In addition to the children’s birth, the Royal family in the near future will have another great event scheduled for may wedding Prince Harry and Meghan Markle.