Haitians rebelled against the United States and called on Russia

In the capital of Haiti, Port-AU-Prince, protests against the President of the Republic of Jovenes Moise. This publication reports Le Journal de Montreal 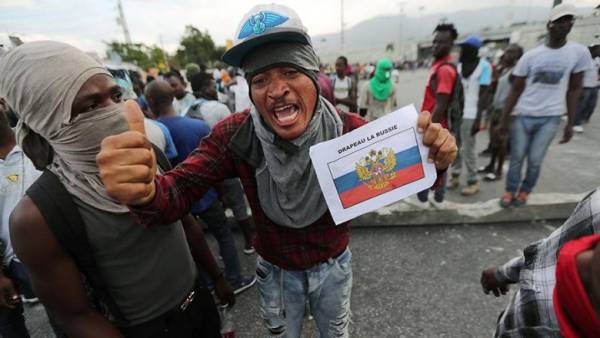 Moise protesters accuse of failing to provide citizens with vital things. They suspect the President of embezzling funds. Protesters also oppose the Alliance with the US, which supports, moiz, and urged Russia to help resolve the crisis. In protest against U.S. policy demonstrators burned an American flag.

Protests in the Republic continues from February 7. During this time, killed at least seven people, including one of the journalists covering the conflict. The unrest led to clashes with police who had to use tear gas and stun grenades.

Avenel, moiz refused to leave his post. He said that will not give the country into the hands of drug dealers, and encouraged the dissatisfied to dialogue to resolve the conflict. The US government withdrew all nonessential diplomats from the Republic and urged Americans not to travel to Haiti.