In the depths of the Earth were mountains and valleys

According to modern concepts, our planet consists of a hard and thin crust, the mantle is very viscous and more or less fluid core. The mantle lies at depths from 30-50 up to 3000 km, it accounts for a large part of the earth substance. 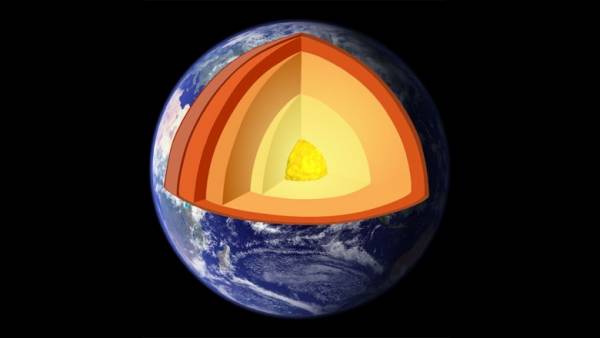 About the structure and composition of the mantle, we know very little, almost only on geophysical data. The overwhelming importance of seismology data, obtained by observing the propagation of seismic waves generated by powerful earthquakes — only they have a chance to penetrate deep enough and bring out some kind of discernible information. According to their analysis, it is known that the mantle is divided into upper and lower, the divide between them runs approximately 670 km from the surface. But the shape of the border until this day was unknown.

of an Unusual seismic wave in the ocean has scientists baffled

A team of Chinese seismologists analysed the data obtained as a result of the massive earthquake in Bolivia on 9 June 1994. Then the seismic waves were registered dozens of stations around the world. The existence of the records was, of course, known before, but scientists did not have sufficient computing power and algorithms to highlight them in the signals generated by the reflection from the interface.

It turned out that such a very rough. On her meet “the mountains” and “depression”, the amplitude of which reaches tens of kilometers. This probably means that the upper and lower mantle are separated more clearly than scientists thought until now. In particular, it seems that their substances are virtually not mixed.