Medvedev has proposed to create a social portrait of the poor

The Prime Minister believes that this will help to improve the situation of millions of Russians living below the poverty line. 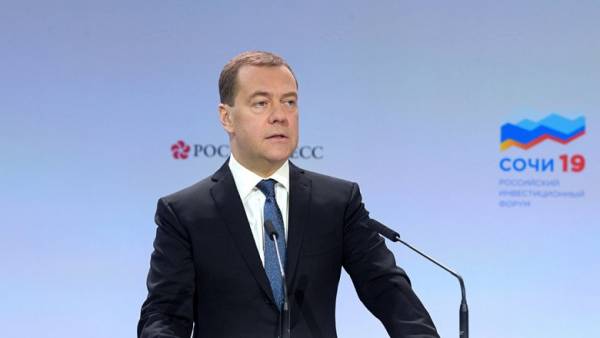 “We have more than 19 million people whose income is below the subsistence level,” — said Medvedev at a meeting with regional leaders on Friday.

“Decisions about compensation are made on the basis of dry figures. This is a standard set of data, impersonal picture. We need to make a more detailed social portrait of poverty in our country”, — said the Prime Minister.

According to Medvedev, to “help people get out from such a situation, it is necessary to understand the specifics of his living situation, his needs.”News

“We need to see what he (poor man) is education, what is the state of health “, — said the head of government. He is convinced that “with modern technology to make it absolutely easy”.

Medvedev indicated that such a profile will allow us to help people with low incomes targeted assistance: “get an education, advantages in the labour market, matters of health, to create opportunities to engage in small business, who wants that”.