Moscow. 14 Feb. INTERFAX.RU — Federal service for protection of Constitution of Germany (BfV) in the run-up to elections to the European Parliament will check connections German right-wing parties with Russia. It is reported on Thursday, citing security sources RND -information editorial office of the media group Madsack. 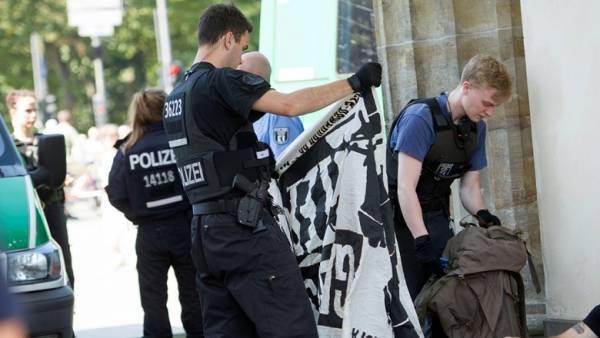 According to RND, last Tuesday in Potsdam was a meeting of representatives of the relevant regional offices, who discussed the possible influence of Moscow in the upcoming elections, but also elections to the parliaments of the three Federal States in Eastern Germany — Brandenburg, Thuringia and Saxony. Land elections in Germany scheduled for fall 2019.

The outcome of the meeting was the decision to establish an expert group under the leadership of representatives of the three lands and Berlin.

“The expert group will collect data up to the elections”, — stated in the newspaper Hannoversche Allgemeine — partner edition RND.

In turn RND notes that the meeting in Potsdam was held under the guidance of representatives of the departments of counter-espionage and right-wing extremism in BfV. The meeting discussed possible ties to Russia the party of “Right”.

“BfV puts “Right” in political terms, between the National democratic party of Germany (NPD) and the movement Pro-Bewegung” — said in this Hannoversche Allgemeine.

The NPD is a far-right party, Pro-Bewegung is a conglomerate of right-wing regional parties. In particular, a regional organization Pro Chemnitz in August last year, we participated in Chemnitz resonance in the riots after the murder of 35-year-old citizen of Germany, organized marches, whose members attacked journalists, spread the slogans of the right-wing, and other similar information.

“As they say in intelligence circles that Moscow sees the extreme right wing German parties are possible allies in their intention to destabilize the West,” says Hannoversche Allgemeine.

Also at the meeting in Potsdam discussed relations with Russia the party “Alternative for Germany” (ADH), in particular — trip Charter flight of the former leading figures in the party Frauke Petri, with her husband and other politicians of ADH Julian Flaco in Russia in February 2017. “The cost of presumably 25 thousand Euro was taken in its time by the Russian side”, — the newspaper writes.

In addition, according to the Federal office for the protection of the Constitution Germany, Russia plans ahead of the upcoming elections to use “loyal to the Kremlin mass media”: the number of such media lists RT, Sputnik, Ruptly, Redfish, Russia Beyond the Headlines (RBTH).

However, the press service of the Ministry for protection of the Constitution did not comment on the Agency “Interfax” the information published in the media.