The Chairman of the Christian democratic Union (CDU) Annegret Kramp-Karrenbauer called the construction “Nord stream — 2” is irreversible. She said this in an interview with the magazine Internationale Politik. 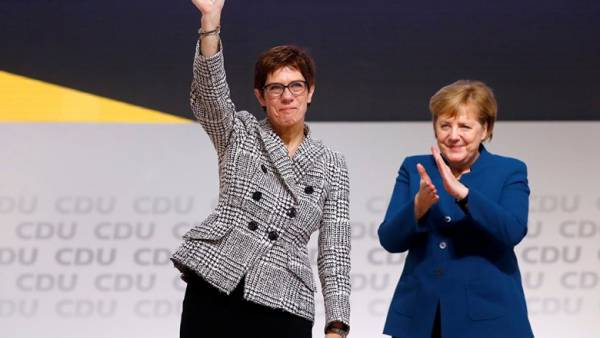 According to her, in respect of this project covers conflict of interests. “Nord stream — 2” is an economic project, which began with a different German government. In addition, stable communication with the Russian side in the field of energy existed during the cold war. Currently, when discussing the project you need to consider the interests of Germany, Ukraine and Eastern Europe. With this in mind that the us is promoting its own interests.

Crump, Karrenbauer noticed that the question of the dependence of Germany on Russian gas is justified, but the danger is not that big.

“No matter how controversial project pipeline, it is necessary to say openly that it will not stop. There is a contract, there is agreement,” said crump, Karrenbauer.