US senators have prepared a bill with harsh sanctions against Russia

U.S. senators prepared a new bill on sanctions against Russia in connection with Moscow’s intervention in the U.S. presidential election and the situation in Ukraine. About it reports Reuters with a reference to the bill. 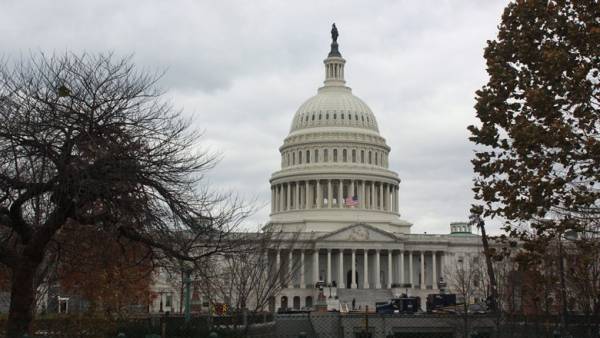 Menendez said that a group of senators tried to pass this bill last year.

In the new, more rigid version, we are talking about the restrictions for investors in the transactions with Russian Eurobonds, the sanctions against Russian energy companies and banks. The senators also propose to impose sanctions on projects for liquefied natural gas (LNG) outside of Russia and individuals associated with Russian President Vladimir Putin.

The sanctions came into force, the bill must be approved by the U.S. Congress and signed by President Donald trump.

A group of senators representing the party of Republicans and Democrats, have prepared a draft law on new sanctions against Russia last summer. He was brought before Congress in early August, 2018 the documents called for sanctions against Russia’s new debt, transactions with investment and energy projects of Russian companies, as well as restrictive measures against politicians and businessmen, “directly or indirectly promote illegal actions in the interests of Vladimir Putin.”

In November 2018, the senators said that the U.S. Congress does not have time before the end of the year to pass the bill. Menendez then told Bloomberg that the White house is also not very active in the issue of new anti-Russian sanctions.