The offender tried to deceive the old man, but he was a former Director of the CIA and the FBI

Justice has been done. 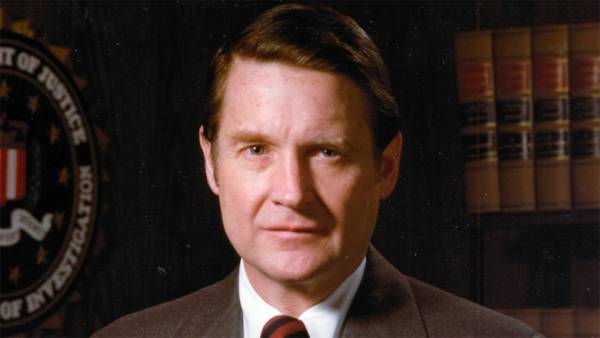 Phone fraud named Kaniel Thomas, living in Jamaica, devised a scheme “earnings” of money. First he called to the person and reported that he won the lottery a large sum, and to get it, he needs to pay tax. In case of refusal, Kaniel even began to threaten their victims.

He went about his criminal business for many years, and during that time he managed to fool more than 30 people. Often the victim gave Kanalu very large sums, for example, 600 thousand dollars (about 40 million) the offender received from the 82-year-old resident of California. But, when the scammer decided to repeat its success with another 90-year-old American, luck turned away from him.

The fact is that Kaniel called no ordinary man, and William Webster — the man who last headed the CIA and the FBI.

The scammer said to Webster that he won 15.5 million dollars (about 1 billion rubles), as well as car Mercedez-Benz. The tax that Kaniel asked to pay the man 50 thousand dollars (about 3 million).

British police showed a photo of the offender, similar to Ross from Friends

For the criminal still could do well if he received a rejection of Webster continued to call him and moved on to threats. When is the Webster picked up the phone his wife, Geniel began to speak, he would find and shoot them both if they will not give at least part of the money.

And then Webster, who had long been retired, decided to use their past professional connections.