Russia must be held accountable for the use of chemical weapons in the British Salisbury, said the US Secretary of state Mike Pompeo during a telephone conversation with Minister of foreign Affairs Sergey Lavrov. The words of the American Secretary of state given in the message of the US state Department. The conversation Pompeo and Lavrov took place on 12 February. 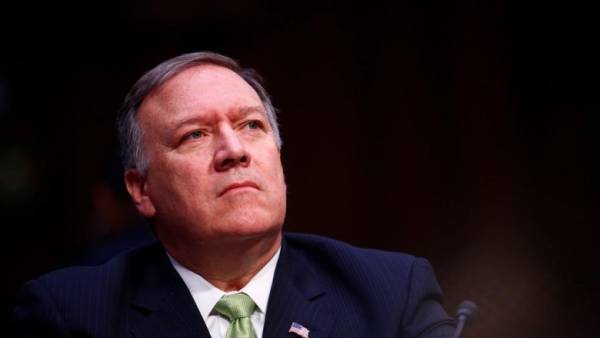 Pompeo explained that we are talking about sanctions under U.S. law on the control of chemical and biological weapons and prohibiting its use.

Yesterday, February 12, the Russian foreign Ministry said that Lavrov in conversation with U.S. Secretary of state warned the American side of the introduction against Russia new sanctions in connection with the “business Skripal”. Lavrov said that the new sanctions “a completely unproven pretext of last year’s troubled history “poison” in Salisbury” will be no justified complicating the situation in the bilateral relations.

The incident with the use of chemical weapons in the British Salisbury occurred in March 2018 There on the bench, unconscious was discovered a former GRU officer Sergey Skripal and his daughter Julia. Later, British Prime Minister Theresa may announced that Skrypali poisoned nervously-paralytic substance “Newbie” (A-234), developed in Russia. Moscow denies these accusations.

That summer, the US state Department imposed against Russia, the first package of sanctions related to this matter. Sanctions imposed in accordance with U.S. law on the control of chemical and biological weapons and prohibiting its military use from 1991 and a decree of the then US President bill Clinton from 1994

Plans to enter the second stage of sanctions, the United States confirmed in the fall of 2018, saying that Russia had not provided Washington a “reliable assurances” in the rejection of the use of such weapons in the future, and also refused to allow its chemical objects of UN inspectors. Now in the U.S. Congress lays a few bills on new sanctions against Russia. However, as he wrote to the Agency Bloomberg, the American parliamentarians are still busy with the internal problems of the country.