Poland signed the contract for us missile systems 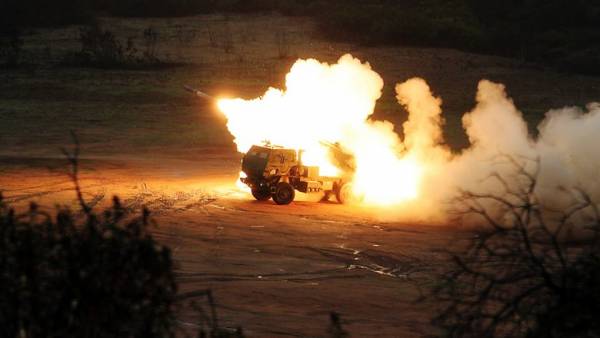 As noted at the event, the Minister of defence of Poland Mariusz Blashak, the country will receive the same missiles, which “are currently the most powerful army in the world — the US Army”. According to him, the new weapons will ensure Poland’s security and strengthen its combat capabilities.

Contract Warsaw will receive 20 launchers, ammunition, training and logistics packages. The cost is $ 414 million. TASS notes that the purchase will be held in the framework of the development of artillery, which is called one of the priorities of the Polish government. Its total cost is estimated at between 2.1−2.7 billion dollars.

Earlier, on 13 February, the representative of the Ministry of defense of the USA Eric Pachon said that Warsaw and Washington had not yet agreed to increase the number of American troops in Poland, gave the Agency Reuters. According to him, currently ongoing discussion of this topic.

Negotiations with Washington lasted several years: the state Department did not approve the initial transaction volume of 655 million dollars, but in 2017 adopted it in some abbreviated form.