Medvedev: officials answer for each unfinished school and dirty dump

Officials regions will bear personal responsibility for implementation of the national projects, said Prime Minister of Russia Dmitry Medvedev at the Russian investment forum in Sochi. He promised that he would personally, along with members of the government to travel to places to oversee implementation of the may presidential decree. 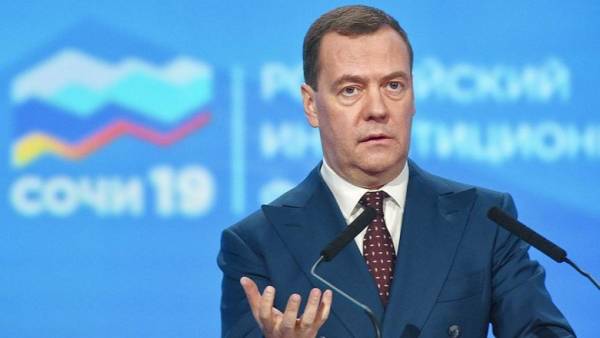 “And for every unfinished school or kilometer of road, undeveloped Park or uncollected landfill will not answer abstract power, but a specific official,” said Medvedev. He stressed that the answer will come to him personally. “This responsibility needs to be very serious,” added the Prime Minister.

Medvedev noted that for the implementation of national projects will be required in the short term to train and retrain civil servants. According to the Prime Minister, the modern Manager needs to possess the design method to be able to create a workable, effective team at all levels to rapidly develop digital technology.

Recall that in may 2018 the President of Russia Vladimir Putin issued the may decree on the development of the country until 2024. On its basis the government has developed 13 national projects “Demography”, “Health”, “Education” and “Science” and others.