In the UK seized a shipment of sweets containing drugs and “clearly prepared” for sale to children. About it reports BBC News. 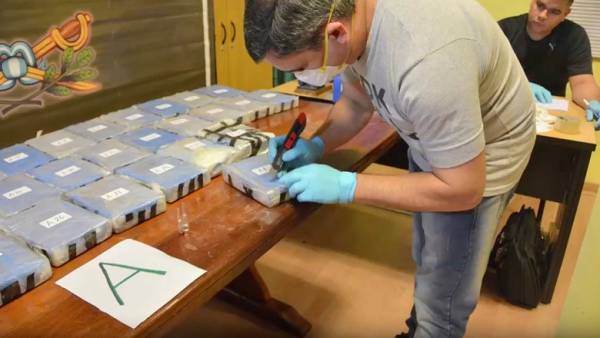 Dangerous sweets found in the English County of Kent. As told in police, the guards stopped a suspicious vehicle in the town of Gravesend on the evening of 12 February. During the search it found a bag filled with packets of marmalade. Colorful candies contained a narcotic substance, as their packaging clearly indicates that consumers had become children, said the police.

The law enforcers also detained a man aged about 20 years. He is suspected of drug possession of class A with intent to supply. In addition, he is charged with driving under the influence of prohibited substances. The young man was released at the time of investigation.

In November 2018, it was reported that in the USA five year old boy was in the hospital after went to the homes of neighbors and gathering treats for Halloween. The child told that he became ill after he ate one of the resulting holiday treats — gummy teeth. The doctors found in his urine methamphetamine.