Tough new sanctions against Russia. The main thing about the bill senators

Parliamentarians propose to introduce sanctions against Russian public debt and to deal with the welfare of Putin. 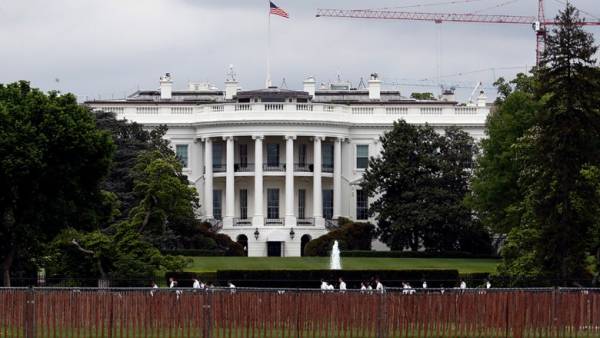 Five U.S. senators from both parties on Wednesday evening announced that it has submitted a bill entitled “law on the protection of U.S. security from the aggression of the Kremlin” (Defending American Security from Kremlin Aggression Act — DASKA). It is designed to strengthen economic, political and diplomatic pressure on Russia “in response to its intervention in the democratic processes abroad, the pernicious influence in Syria and the aggression against Ukraine, including the incident in the Kerch Strait,” reads a press release of the Senate Committee on foreign policy.

The senators have prepared a similar bill in 2018, it was introduced in August. But in November the authors of the document said that by the end of the year do not have time to take it. One of the authors, Democrat Bob menéndez, said that the White house is also not very active in the issue of new anti-Russian sanctions. President Donald trump, however, was canceled were preparing for the summit of “big twenty” meeting with Vladimir Putin because of the incident in the Kerch Strait, when the Russian border guards detained three Ukrainian ship, and the crews were arrested.

“Stubborn helplessness of the President of trump in the face of aggression of the Kremlin brought the Congress to a boiling point,” said Wednesday Menendez.

The bill advocates NATO and forbid the President to withdraw the U.S. from the Alliance without a vote in the Senate, and also increases sanctions pressure on Moscow, said in a statement the senators.

“It is becoming increasingly clear that Moscow will continue its action, until it meets with real resistance,” warned Menendez.

This is the most severe sanctions of all offers still, said Republican Lindsey Graham: “Our goal is to change the status quo and to impose meaningful sanctions and measures against Putin’s Russia. He needs to stop interfering in the electoral process in the United States, to stop cyber attacks on American infrastructure, lead Russia to the Ukraine and to cease efforts to create chaos in Syria.”

Russiagate11 fevralyova assumed that would be the worst in the world разведчиком7 февраляBloomberg: trump asked for $20 million for permission to call his name a skyscraper in Москве31 JanuarySeptember USA Mueller refused to disclose the evidence in the case of Prigogine

The bill contains the following penalties, according to the statement of the foreign policy Committee.

Sanctions in response to the Kremlin’s meddling in the functioning of democratic institutions abroad: