Friends disown cheating on “Who wants to be a millionaire?”

Master “What? Where? When?” Friends Alexander responded to the accusations of the chief editor of the TV program “Who wants to be a millionaire?” Ilya ber of trying to bribe. His words are quoted by RBC. 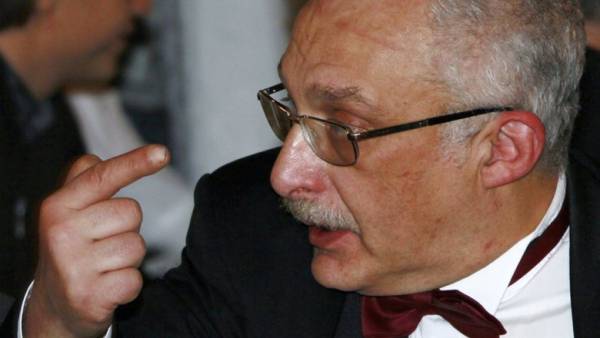 As stated by friends, ber proposed to give him the answers to questions in return for payment of the main cash prize game shows (3 million). Master States that “surprised and even admired the nerve” and decided to check out the chief editor of the program. “And the man went on to discuss the details of the transaction, which I carefully played along with him,” assured the master.

According to him, the other participant shooting “Who wants to be a millionaire?” master “What? Where? When?” Victor Sydney was aware of a provocation on the part of the ber. Both expert decided to “bring the survey up to the 15th question, but it never to win and to report the incident to the leadership, “Millionaire””. The last question friends and Sydney gave the obviously wrong answer.

“Looking back, I realize how stupid I acted, trying to beat Bera. I’m sorry that happened,” he concluded.

On 12 February the chief editor of the TV show “Who wants to be a millionaire?” Ilya ber said that friends tried to bribe him. According to him, the expert wanted to get all the questions and answers below to win the maximum prize during the quiz.

TV presenter Dmitry Dibrov sided Friends and said that I saw nothing suspicious in the behavior of the master during the recording of the program. He also noted that the master “less” capable of such fraud. The first channel will check the statement of the ber.