Vadim Dymov — a real person-a brand. On his sausages and sausages have already managed to grow a whole generation. And an episode of bookshops “Republic” became a landmark phenomenon in Russian cities: they can not only buy books but also to enjoy coffee (and even — to watch a movie and listen to a lecture). 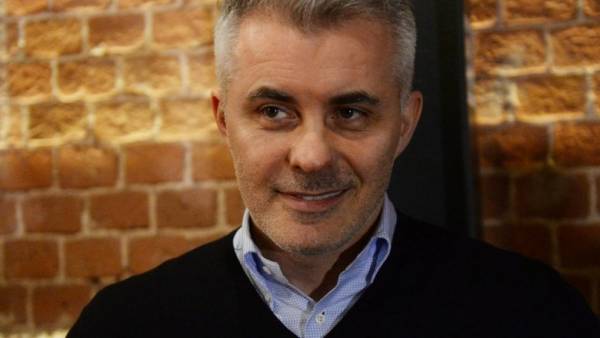 Along the way, the businessman again, “invented” folk art in the ancient Suzdal and methodically began to teach this tourist town to the national cuisine. Dymov told Inc., how it (military education) reached the production of sausages, why he prefers to live in the province and talking to him with your movers.

From the army I retired in the rank of Lieutenant. Now I’m responsible for thousands of people — so that would be probably a major General. But then, after the collapse of the Soviet Union and the transformation of the army, I saw that prospects — zero.

Earned money burning my hands. I prefer to spend them on new things — people, activities, and projects (and not on any material assets like yachts and houses). I learned a long time ago: more than I have — I don’t need.

My worldview was shaped Tolstoy, Pushkin, Likhachev and Sugars. Their books and actions to this day produce a great impression on me. Influenced by my close friends, Mikhail Kusnirovich, Oleg Beriev and yermolai Solzhenitsyn (son of writer Alexander Solzhenitsyn Inc.). But Alexander Isayevich for me the basis of my belief, such a great moral pillar.

In business I have no more partners — rather, I am a great partner for others. Why? I feel like a leader (and the surrounding people, probably, too). Maybe someday things will change and I’ll be a Junior, the sleeping partner — to just relax.

I really like the factory sights — I can’t even imagine life without her. Many do not know, but it feels good to be among people, United by common work and business. For example, in our production, I communicate with everyone — not just with Directors but also with the movers. They come and say: “Vadim, how are you? How’s life? Come on, we’re not going to distract you, go to work.” This is a great human value — it fills life with meaning.

In the 1990s there was a feeling of freedom. Now a lot of foreign policy on TV. In my opinion, this is wrong because, first and foremost, you should concentrate on your own business. And foreign policy is purely professional area, which is the Ministry of foreign Affairs and a couple of departments.

The market is opaque, and Russia in isolation. This allows in the country to pull prices up and down, and I do not like it. In that year the price of pork has grown by leaps and bounds — up to 40%, can you imagine? 40% off! Complete loss of profitability of the companies, the entire industry minus worked. This should not be.

The shortage of pork in about 3 years to close completely. Beef story less complicated (one might say, primitive). She’s just less profitable and very long — 100 years. And I’m not a crow, will not live much.

Modern startups in knowledge significantly more powerful than us then. But if to speak about those I see here in Moscow — for life pull they are more relaxed and less responsible. It is clear — life was slightly better (in the capital at least).