Blackmail, “naked” selfie, and the hand of Saudi Arabia: around Bezos, a scandal erupted. Owner Amazon has posted descriptions of his Nude photos, which, according to the businessman, it is blackmailing the American tabloid. 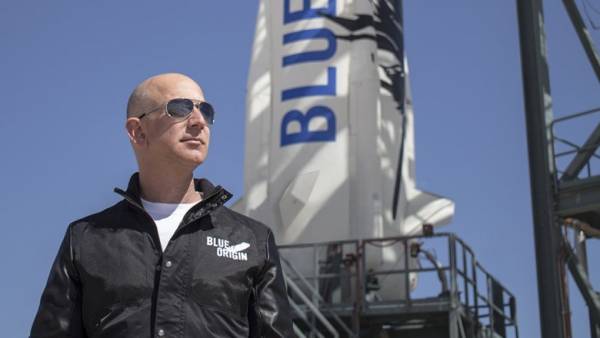 “Mr. Bezos shirtless, holding a phone with his left hand, the other wearing a wedding ring. He is dressed in tight black pants or shorts, and his manhood…” — then we decided not to quote the post Jeff Bezos about his own Nude selfie, released last week.

Why billionaire so to excite the public’s imagination? The fact that this passage — along with other colorful descriptions of personal photos of Bezos and his girlfriend, more recently — just a lover, journalist Lauren Sanchez — he was sent from the editorial office of the tabloid National Enquirer. Says media commentator for CNN Brian Stelter:

“To understand what is happening, you need to remember the events of recent months. Bezos and his wife Mackenzie were separated. Head Amazon began Dating a woman named Lauren Sanchez — and the National Enquirer found out about it. In January, Bezos announced the divorce — and a few hours Enquirer reported on his new relationship. It was a sensational story the great success of the edition. But the question arose, how they did it. According to the team’s billionaire, the motivation was political: someone decided to hit the Bezos, and petranovskaya tabloid appealed because to them he is a natural goal.”

Bezos long ago got a list of enemies of the trump. During the previous elections Enquirer supported trump and attacked his rivals. But last year, when from the testimony of former counsel to trump, Michael Cohen became aware that the tabloid paid for publikaciju stories about trump affair, the Enquirer made a deal with the investigation. Now, after accusations on the part of Bezos, the newspaper could be in trouble.Brian Stelter

According to the publication Bezos, tabloid demands from billionaire to make a rebuttal of earlier publications that the National Enquirer acts in the interests of certain political forces.

So who “ordered” Jeff Bezos? In the post billionaire if not accused, hinted at the involvement of Saudi Arabia.

The reason could be that owned by the billionaire The Washington Post actively covered the murder of his columnist Jamal Khashoggi (Kalkaji) in the Saudi Consulate in Turkey. The newspaper almost directly promoted version of the order personally to the crown Prince Mohammed.

In Riyadh, the involvement of Supreme authorities deny and dismemberment, and to blackmail with photos of genitals. In the American press scandal is the key strips, and the writers of the satirical show the General holiday. A fragment of the transmission Saturday Night Live; the setting of the TV show with the participation of famous journalists.

Murder mystery Saudi журналиста14 Dec 2018Reuters: the U.S. Senate was blamed for the murder of Kalkaji Saudi принца12 Dec 2018Хейли believes that the case Kalkaji should not get away with Saudi Аравии3 Dec 2018NYT: Saudi authorities followed Hackage with the help of Israeli computer program

— As a journalist, I never thought that I would highlight that. But as a person — I’m naturally curious. Will we see something the size of a column Amazon Echo? Or is it a mini version of Amazon Dot?

But, Eugene, what does this tell about the situation in the country as a whole?