The Minister of foreign Affairs of Hungary Peter Siarto during talks with U.S. Secretary of state Mike Pompeo has blamed Western countries of hypocrisy towards Russia. 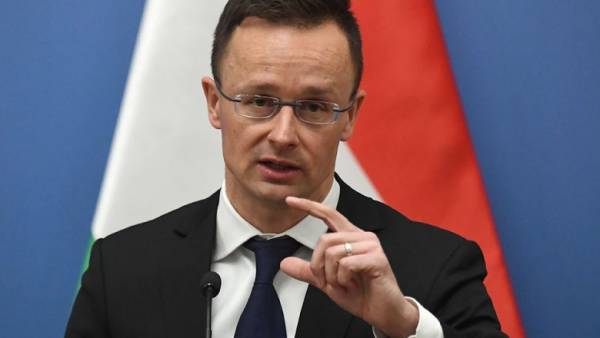 During the conversation the head of state noted the growing influence of Russia. While Pompeo expressed concern that Moscow “does not share American ideals” and seeks to sow discord among the NATO allies.

In response Szijjártó said that cooperation with Russia will not hurt Budapest to be a reliable ally of the United States, and the criticism of Russian-Hungarian cooperation is a “great hypocrisy” on the part of Western countries who themselves run the projects with Moscow.

“This is not a Hungarian or Central European energy companies are involved in the “Nord stream-2” together with “Gazprom”, — he added.

Relations between Russia and some Western countries have deteriorated in 2014 after a coup in Ukraine and the annexation of Crimea to Russia. The United States and European countries have been blamed for the situation in the Donbass to Moscow and introduced sanctions. Russia took retaliatory measures, noting that it was not a party to domestic conflict, and the Crimea became part of Russia according to the results of the national referendum, where the overwhelming majority of respondents were in favour of joining Russia.