Abe: Tokyo sign a peace Treaty with Russia based on the decision of the fate of the South Kuril Islands

TOKYO, February 12. /TASS/. The government of Japan intends to conclude a peace Treaty with Russia based on the decision of the question of ownership of the entire southern part of the Kuril Islands and conducting of the boundary line between the two countries. 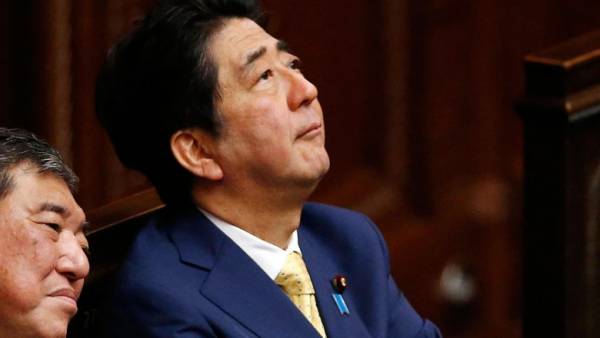 This was stated on Tuesday, Japanese Prime Minister Shinzo Abe during debate in the public chamber of the lower house of Parliament.

“Negotiations are all four Northern Islands (Japan called the southern part of the Kuril Islands — approx. TASS). he said. In this position there is no change”.

The Prime Minister replied thus expressed by the representative of the opposition Constitutional democratic party Katsuya Okada, a suspicion that Tokyo in the negotiations is talking only about the transfer of Shikotan island and the adjacent ridge of small uninhabited Islands that Tokyo in the negotiations believe for one island. They reminded the opposition lawmaker, account for only 7% of the area of the “Northern territories” in which the government of Japan also includes the larger South Kuril Islands, Iturup and Kunashir.

During the debate, the representative of the Constitutional democratic party demanded Shinzo Abe to confirm that a peace Treaty with Russia will be signed only after a clear border demarcation, and not to precede him.