BRUSSELS, 12 Feb — RIA Novosti. NATO is discussing possible measures in the event of termination of the INF Treaty, but has no plans to deploy new nuclear land-based missiles in Europe, because he did not want a new arms race, said on Tuesday NATO Secretary General Jens Stoltenberg on the eve scheduled for Wednesday and Thursday meeting of the defense Ministers of the Alliance countries. 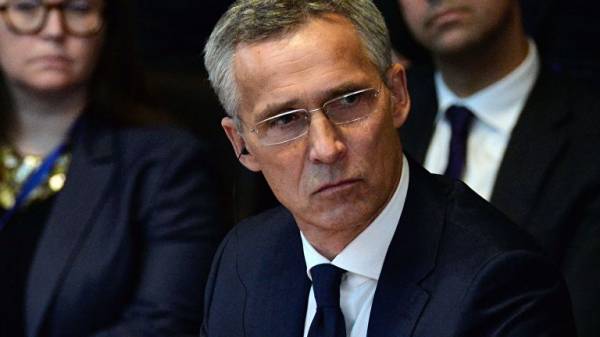 “At the meeting of defence Ministers we will discuss what steps NATO should take in order to adapt to the world with a large number of Russian missiles. And maintain an effective deterrence and defence. I’m not going to speculate on what are these steps,” he said at a press briefing.

According to him, “all our steps will be coordinated, balanced and defensive, and we do not intend to stay in Europe, new nuclear land-based missiles”. “At the same time, we remain committed to meaningful arms control and non-proliferation. NATO does not want a new arms race, because it is in nobody’s interests,” he added.

The President of the United States Donald trump announced earlier that Washington February 2, begins the process of withdrawal from the Treaty on the elimination of intermediate and shorter-range missiles (INF Treaty) with Russia.

Russian President Vladimir Putin on 2 February said that Russia mirror response to the US decision to withdraw from the INF Treaty and also suspends participation in the Treaty. The head of state noted that Russia should not and will not be involved in costly for the Moscow arms race. Meanwhile, Putin added that all the proposals of the Russian Federation on disarmament “remain on the table and the doors are open”, but required to continue to initiate no negotiations on this issue.