MOSCOW, 12 Feb — RIA Novosti. The speaker of the Federation Council Valentina Matvienko has proposed to introduce a temporary embargo on the export of timber from Russia. 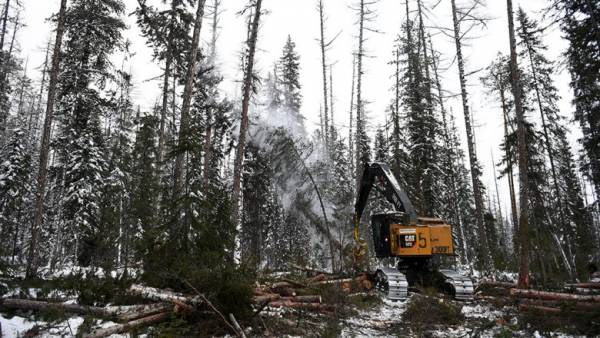 “We just do not understand, will not take public action, maybe stop for some time, the timber for the border?” she said at the meeting with Prime Minister Dmitry Medvedev.

Matvienko asked the Prime Minister to instruct to check all the lease forest areas in the country “on the legality of their detention”.

According to the speaker, almost the entire forest industry in Russia is in the “informal sector”. As an example, she cited the felling under the guise of health protection.

The head of the upper house of Parliament the reason for this situation considers the shortcomings in the legislation. Matvienko has proposed Medvedev to immediately draft a bill to combat illegal logging and export of wood from Russia.

In early December, 2018 Medvedev told reporters that he had discussed problems of the forest sector with the President. He noted that now introduced a labelling system for forest products, which will allow you to track, “where each log has appeared, who and when cut off”.

The Prime Minister noted that control over forests is important because the forest is the wealth of the country which should be preserved for posterity.