Threats from outside put above the problems inside

Andrei Klishas said in remarks to the draft RSPP on sovereign Runet. 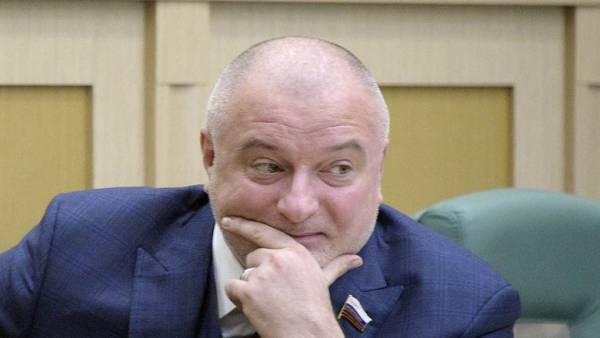 The effects of the restriction of Runet from the outside more significant in comparison with the “possible deterioration of the technological capabilities of the operator”, said “Kommersant” the co-author of “sovereign Runet” Senator Andrei Klishas. So he responded to the comments of the Russian Union of Industrialists and entrepreneurs (RSPP), which warned about the possible failure of communications networks in Russia after the amendments come into force.

The head of the Federation Council Committee on constitutional legislation, co-author of the draft law on “sovereign” Russian Internet Andrey Klishas said in remarks to the amendments, represented the Union. In a response signed by the head of the Union Alexander Shokhin, sent on 6 February, the speaker of the state Duma Vyacheslav Volodin, said that the implementation of the bill could cause a catastrophic failure of communications networks in Russian Federation. The project, pointed out in the RSPP aims to ensure the health of the Internet in Russia in case of disconnection from the foreign root servers, but Russia already has 11 servers, which is sufficient.

We will remind, the bill on creation in Russia of infrastructure, “ensuring operability of the Russian Internet resources in the event that connection” to foreign servers, was introduced by a group of parliamentarians at the end of December. The project criticized the working group “Communication and IT” of the expert Council under the government of the Russian Federationand the audit chamber.

“Effects of restrictions outside of the Internet in Russia are greater than the risks associated with possible deterioration of the technological capabilities of the operator”, — said “Kommersant” Andrei Klishas, responding to the comments of the RSPP.News

According to him, in the framework of the implementation of the bill “should be minimized the risks associated with the deterioration of the quality of the traffic.” In this case, “centralized management will be introduced only in case of detection of threats”: “That is when the threat will be realized, not when her appearance is modeled”. However, according to the Senator, “to list today in the bill an exhaustive list of such threats is not possible”, he should be identified “within the framework of the exercise of authorities, operators and owners of technological networks.”

In the comments of the RSPP also stipulates that obliges the Telecom operators and Internet companies to install technical means to determine the source of the traffic and restrict access to unauthorized resources. And for the Internet companies, in contrast to operators, such funds are not provided in the state budget.

According to preliminary calculations, the cost will reach up to 2 billion RUB over five years for large companies.News

Andrey Klishas said that the bill does not involve additional costs: “the Decision on the establishment of a monitoring and control communication network for General use and acquisition of software and hardware, ensuring the security of the Russian segment of the Internet were adopted before the introduction of the bill in the state Duma”. The budget has provided about 1.8 billion rubles for the establishment and operation of the centre and communication network for General use, provided funding and the programme “Digital economy,” said the Senator. “The cost of the operators is minimized in connection with a change in the mechanism of blocking access to prohibited information under the amendments,” said Mr. Klishas, explaining that the project does not obligate the organizers of the dissemination of information to establish technical means of combating threats. Therefore, “to talk about increasing their costs are not justified”, he said.