Everyone has their own cockroaches. As parasites and insects discover the secrets of the past

MOSCOW, 11 Feb — RIA Novosti, Alfia Enikeeva. With someone always coexisted not the most pleasant creatures — lice, bedbugs, cockroaches and other harmful insects. As shown by recent studies, these parasites help to find answers to the most difficult questions of archaeology: when Homo sapiens came out of Africa, who had clothes and is it true that even Neanderthals were getting dressed. 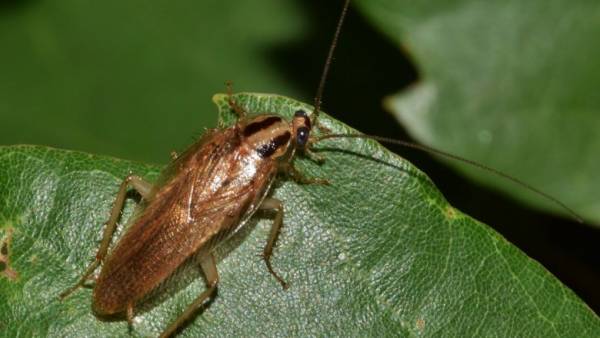 At the beginning of the FOURTEENTH century on Earth, colder, winters lengthened and hardened, the summer is short and rainy. Came the so-called little ice age. Its exact time frame is unknown. According to the official definition of NASA, the little ice age lasted from short warm breaks from 1550 to 1850. Some researchers believe that the cold has come a bit earlier and blame the eruptions that occurred in the mid-thirteenth century.

“What we’re working with Geophysics and paleoclimatology to determine the approximate time of the change of temperature? With soil, mosses, rings on tree trunks, says RIA Novosti associate Professor of history Department of Tyumen state University, candidate of historical Sciences Sergey Turov. — These rings can depend on the microclimate of a particular area, groundwater, landscape and more. But, for example, to study the little ice age in Siberia dendrochronology is not suitable. We have a specificity in our climate guaranteed constant forest fires, so it’s hard to find a tree older than 50-60 years. And in the tundra of the rings on the trunks at all. As for the soil, here all not so smooth. For example, according to soil scientists of Yekaterinburg-it turns out that in the 30-ies of the XVIII century in the zone of Northern taiga was local warming. But historical sources tell a different story. One of the participants of great Northern expedition (1734-1738) writes that they could not pass at the Gulf of Ob, even in summer — the ice prevented”.

It turns out that in our conditions the best indicators of climate change trees and soil, and insects, especially the historical evidence of their migration enough.Sergei Taroudant the history Department of Tyumen state University, candidate of historical Sciences

After analyzing a large dataset on the sudden appearance in Western Siberia ordinary red cockroaches, locusts, a scientist, is linked with the different phases of the little ice age, in particular with a rising — warming.

“Insects are heat — loving creatures. Average annual temperatures are rising — they explore new territory. For example, in 1764 the Governor of the Siberian province Chicherin sends to the Senate a message about the catastrophic invasion of locusts in Western Siberia and requests to cancel taxes, to freeze the price of bread. We are talking about gregarious locusts, which came from Kazakhstan, from the South. Or that red cockroach. His record in the Altai at the same time with the locust — almost a year per year”, — says the researcher.

Their approach calls Tours historic entomology and believes that this scientific instrument will more accurately determine the chronology of climate change as well as important historical events.