Japanese women rebelled against the traditions of Valentine’s Day

Japanese women began to abandon the tradition of giving male colleagues chocolate on Valentine’s Day. Many have to spend on such gifts thousands of yen to avoid accusations and insults, said on Monday, February 11, The Guardian. 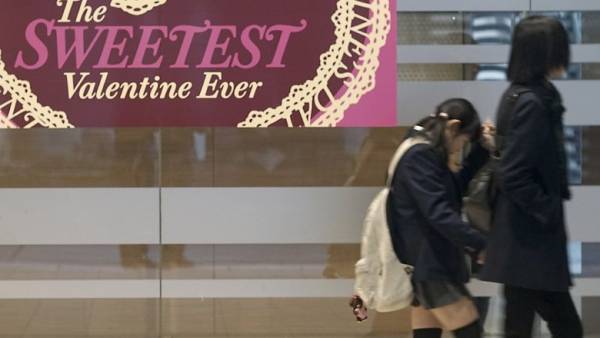 In Japanese, this practice is called giri choco, or “obligatory chocolate.” It is assumed that men should reply March 14, White day — an event invented by candy makers to boost sales.

As the newspaper notes, many Japanese women tradition becomes unaffordable. Some companies now forbid this kind of donation.

Studies show that 60 percent of Japanese women buy chocolates on February 14th for myself, more than 56 percent going to give it to family members, 35 per cent partner. The same decided to please the coworkers.

“Before the ban we had to worry about how and how much is appropriate to spend on chocolate, who to give and who not, so it’s good that we no longer have this forced culture”, — said the employee of one of the Japanese companies.

The newspaper adds that in the mid-1950s years in Japan has begun commercial distribution of gifts on Valentine’s Day that resulted in multi-million dollar market. Some manufacturers have a significant share of annual profits in a few days.