Democrat Klobuchar decided to run for US President in 2020

NEW YORK, February 10. /TASS/. Democratic Senator from Minnesota Amy Klobuchar announced on Sunday about the decision to participate in the presidential elections in the United States in 2020. 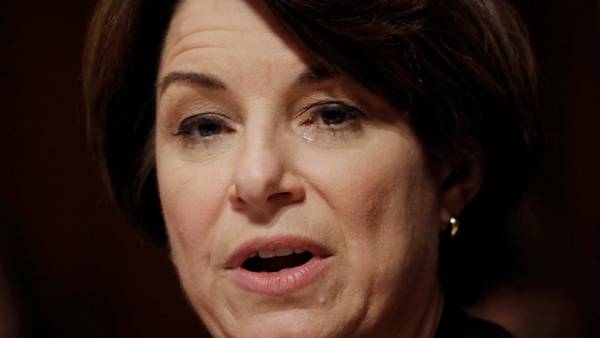 “Today, on the banks of the Almighty Mississippi river… I am the granddaughter of a miner, the daughter of a teacher and newspaperman, and the first woman elected to the Senate from Minnesota… my candidacy for President of the United States,” she said, speaking at a rally in Minneapolis (Minnesota). Her words brought to broadcaster CNN.

Klobuchar in 2006 became the first woman to be elected to the upper house of the U.S. Congress from Minnesota, and took office in early January 2007. In 2012 by a wide margin (65% vs. 35% of votes) defeated Republican Kurt Bills and was re-elected to the Senate for a second term.

On Saturday, democratic Senator Elizabeth Warren (of Massachusetts) has presented its candidature for participation in presidential elections of the USA in 2020. Among the possible contenders for the nomination for President from the Democratic party, the American media also called the former Vice President of the United States 76-year-old Joe Biden, the 77-year-old Senator from Vermont Bernie Sanders, competing with Hillary Clinton for the nomination of the candidate from Democratic party on presidential election of 2016, the Senator from new Jersey Cory Booker and Senator from new York Kirsten Gillibrand.

The first meeting of party activists in the electoral campaign will be held in Iowa on 3 February 2020. The Democratic Convention, which will nominate a candidate for President, will be held on 13-16 July 2020. For the right to host the Congress expect Miami beach (Florida), Milwaukee (Wisconsin) and Houston (Texas). Republicans will hold their Convention August 24-27 2020 in Charlotte (North Carolina).