Venezuela will invest in weapons, he stated

CARACAS/BUENOS AIRES, 11 Feb — RIA Novosti. Venezuela will invest in weapons, said the President of the country nicolás Maduro, opening the largest in its history military exercises. 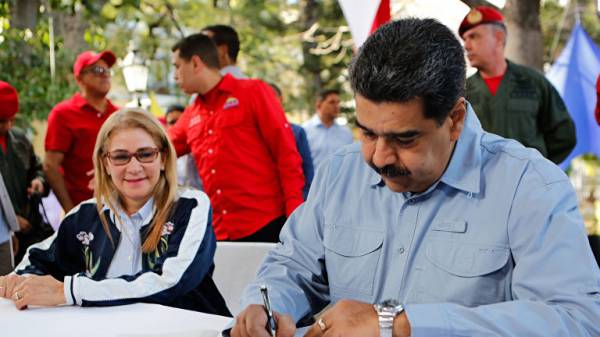 Sunday afternoon was the start of a civil-military exercise “Bicentennial Angostura 2019”, which will be attended by the armed forces and people’s militia of the Republic.

The exercises will be held from 10 to 15 February. Before beginning the maneuvers, the President arrived in located near the Venezuelan capital of coastal state of Miranda, where he got acquainted with samples of military equipment, including rocket launchers Russian-made, which are in service with the Venezuelan army.

“We will invest to soldiers, military and militias had the most advanced weaponry… Venezuela will have “Needles” in the hands of the militia and soldiers to the most modern rockets, because Venezuela wants peace,” said Maduro.

“Our armed forces are professionals who are ready to give their lives for their country and its people. However, they are not the only force. The main force is the Venezuelan citizens… We are a peaceful country, with no one to fight. However, though others are not trying to quarrel with us and threaten us,” he said, addressing the military.