America is ready for a new shutdown

Democrats and Republicans can’t agree on the beds for immigrants. 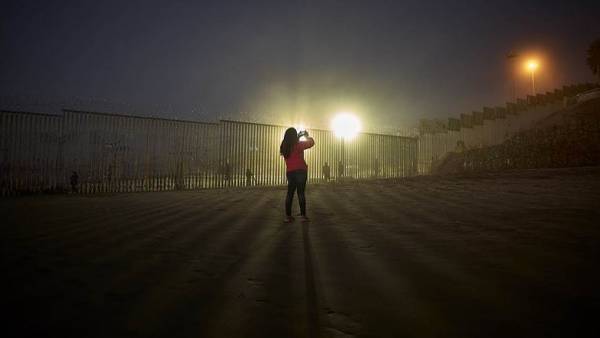 The white house began preparing for the Declaration of state of emergency in the country. On the eve of the Democrats and the Republicans in Congress recognized that the negotiations on the financing of the construction of a wall on the border with Mexico at an impasse and neither of the parties are not yet ready to compromise. The failure of the talks could lead to a termination of funding of the Federal government in the United States.

Last weekend, President Donald trump has again made it clear that he is ready to declare a state of emergency in the country if Congress doesn’t agree with its requirement to Finance the construction of the wall on the border with Mexico. In his Twitter head of the White house quoted the Congressman from California Thomas McClintock: “the President has the full legal right to declare a state of emergency in the country. After the relevant law was passed in 1976, 58 times (in the United States.— “Kommersant”), announced the introduction of a state of emergency, and 31 of these declarations in force today, so it can hardly be counted an unprecedented step”.

At the end of December last year, the administration decided on a partial suspension of the Federal government due to the failure of the Democrats in Congress to approve funding for the construction of a wall on the border with Mexico. For this project, the White house planned to spend $5.7 billion Opponents of Donald trump on Capitol hill in response has proposed to allocate $1.6 billion for improving security on the southern border of the United States, provided that not a penny of these funds will not be spent on the construction of the wall.

Which lasted 35 days of the so-called shutdown (temporary suspension of financing of work of state institutions) has become the longest in U.S. history. On unpaid leave was sent to more than 400 thousand Federal employees. An additional 420 thousand were forced to work without pay.