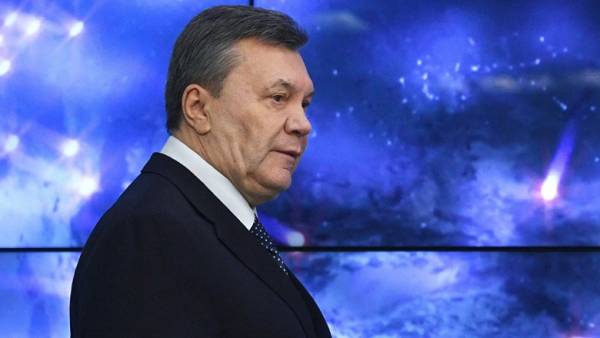 “Public protection is granted by decision of the head of state,” said Sands, answering the question of journalists whether Yanukovych protection in Russia.

When asked whether Putin’s decree on granting the protection of Yanukovych, Peskov said: “Yes, Yes, he was, when he (Yanukovych) entered (in Russia) as head of the (Ukrainian) state.”

The press Secretary did not comment on what the structure of the FSO or some other guard of Yanukovych. “This I can not say for sure. I do not know. But he is guarded, he has state protection”, — said Peskov.

Journalists also asked about the legal status of Yanukovych. This Peskov said that he “entered the Federation as acting President and head of state of Ukraine, after the country suffered a violent seizure of power”.The news

media have linked the Chapiha with operation rescue Yanukovych

“Entered as Yanukovych is still in Russia,” said Peskov, adding that now Yanukovych is President of Ukraine, and he “has no particular or special status.”

Yanukovych left Ukraine for Russia in February 2014 after the mass shootings of protesters on the Maidan in Kiev. 22 February 2014, the Verkhovna Rada supported the resolution that established that Yanukovych withdrew from the exercise of the constitutional powers of the President and is not performing their duties, in connection with which was appointed early presidential elections, won Petro Poroshenko.