Media: Germany and France reached a compromise on the “Nord stream — 2”

MOSCOW, 8 Feb — RIA Novosti. The project on construction of the gas pipeline “Nord stream — 2” will not be blocked due to the fact that Germany and France reached a compromise, reports AFP, citing a preliminary version of the paper presented to EU ambassadors in Brussels. 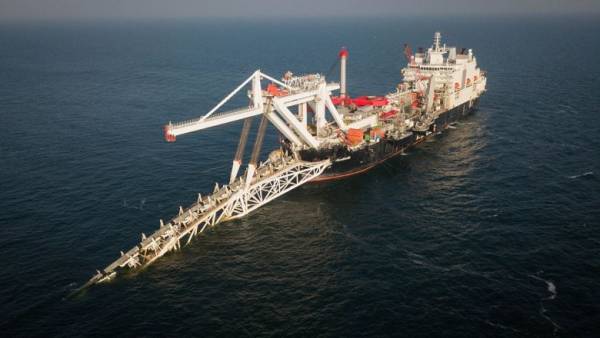 In the case of the adoption of the document France could agree on the approval of new European rules on gas transportation, said the Agency diplomatic sources.

Europe cannot survive without Russian gas, estimated by the media

In January, Vice-President of the European Commission Maros Sefcovic said that Romania, which in the first half of 2019 presidency of the EU Council introduced new amendments to the gas Directive of the EU. They may affect the projects of Gazprom “Nord stream — 2” and the continuation of the “Turkish stream” to Europe.

The representative of the foreign Ministry of France said that Paris would support a review of the EU gas Directive relating to the “Nord stream — 2”.

Quoting the draft document, Agence France Presse reported that Germany will oversee the revision of the Directive, as it was on her “territory, or territorial waters is the first Interconnector (pipeline. — Approx. ed.)”.

The project “Northern stream — 2” involves the construction of two pipelines with a total capacity of 55 billion cubic meters per year off the coast of Russia through the Baltic sea to Germany. The new pipeline is being built next to the existing “Northern stream”.