At the entrance to the building TFR appears the Archangel Michael

The money for the statue will gather with members of the Investigative Committee, the fee per person will be about 1.5 thousand rubles. 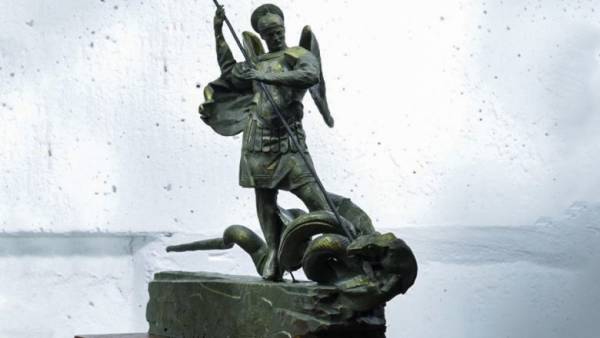 A three-meter sculpture of the patron Saint of the Investigative Committee of Russia (TFR) of the Archangel Michael, trampling on a serpent with a spear, set at the main entrance to the new building of the Department.

The estimated project cost is 13 million rubles. Collecting money for a monument in the Association “Union of investigation veterans”, Radoslava in the management Committee of the appropriate letters.

To start collecting money for the installation of the sculpture with employees SKR asked his colleagues the head of the Department for teaching and educational work of the Committee, the Colonel of justice Sergey Petrov, according to RBC. The Agency says it has a copy of this letter, the authenticity of which he confirmed a source in the Department.

The letter States that the staff of TFR has taken a unanimous decision: three months to pay for the installation of a statue of 0.5% of their salary. The fee per person will be approximately fifteen hundred rubles, RBC.News

Collects money organization “Union of investigation veterans”, Radoslava in the regional management Committee the letter in which they say that those who can transfer the funds to the account labeled “donation for the sculpture composition”.

On the eve of the SKR held a public hearing, and after a positive conclusion of the expert Council on religious art and architecture project was blessed by Patriarch Kirill. The song is dedicated to the “spiritual patron” of the investigative workers to the Archangel Michael. She is a standing on the pedestal of the bronze three-metre figure of the fighter against iniquity, the Archangel Michael, trampling on a serpent with a spear that “symbolizes the victory of forces of light over forces of darkness”, the letter said.