MOSCOW, 8 Feb — RIA Novosti. In the EMERCOM of Russia told the Russians how to protect themselves from injuries during ice: rescuers were advised to RUB the sand paste plaster Shoe soles, to attach the foam to the heels, to step on the ice a full foot and can fall in the. 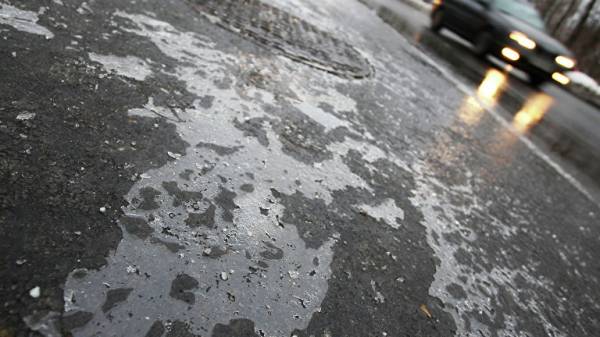 As noted in the MOE, the ice is observed at temperatures from 0 to -3 degrees Celsius. It is formed after thaw or rain, due to cold and freezing wet snow.

If forecasters promise a sleet, in the MOE advised to prepare malacalza shoes that attach to the heels metal taps or foam rubber, and on a dry sole — adhesive tape or insulating tape, RUB the soles with sand or emery paper.

To move on the ice you need, slowly, stepping on the entire sole, slightly relax the feet and releasing his hands, rescuers explained. The elderly people had better use a cane with a rubber tip or a special stick with the pointed thorns.

In case of a fall, the rescuers recommend to sit down to reduce the height of the fall, to try to regroup and rolling, to soften the blow about the earth.

Ice is often accompanied by icing of wires. The Agency advised upon detection of dangling wires of transmission lines or contact lines of electric vehicles to inform.

When one is injured rescuers recommended to go to the emergency room and apply for a certificate — this will help to compensate for damages through the courts. Sue as possible at the place of residence at the place of injury.

How to survive the frosts. Expert advice