Minister of Chechnya in natspolitike, external relations, press and information Dzhambulat Umarov called a fight, after which they arrested the assistant of Chechen envoy in the Crimea, mundane. This he mentioned in conversation with the correspondent of radio “Moscow speaking”. 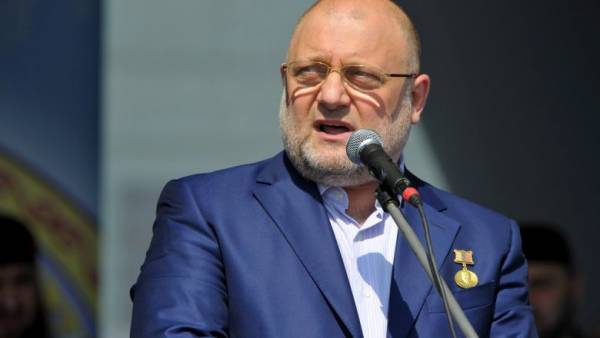 Umarov has linked the incident with the business. “The fact that between them there was a quarrel — well, quarrels occur from time to time in people who has some common intersection are in business. So this is a very common situation, so no attacks, shootings, car chases — it was nothing,” he stressed and asked why this story has caused such interest. “Again, probably the brand of “Kadyrov”” he said.

Umarov also asked not to involve in this story Ambassador ISA khachukaev:

I understand if he [Murad Saidov] was kind of a public servant subordinate to direct, and it’s… Well, you never know what assistants! The deputies their are hundreds.

Earlier on 8 February, Umarov announced that Saidov has nothing to do with the government of the Republic, and permanent representative of Chechnya ISA khachukaev works in the Crimea on a voluntary basis.

State Duma Deputy Adam Delimkhanov confirmed that the episode is domestic in nature. “On behalf of the head of Chechnya, Ramzan Kadyrov, was carried out a full check of circumstances of incident with participation of natives of the Chechen Republic in the town of Saki in the Crimea. It turned out that the conflict was connected with the joint business activities of two Chechens and is purely domestic in nature,” quotes his words RIA Novosti.

Saidov was detained in the Crimea after the fight, 7 Feb. The cause of the conflict was the refusal of one of the businesses transfer Saidova share of the business. Arrived on the scene, the police found about ten armed men, who beat businessman Ibrahim Aliyev. Seized weapons, according to representatives of the Chechen authorities, it was traumatic, and he issued a permit.