“To reduce the risks of destructive escalation”

Presents a plan to prevent clashes between Russia and NATO. 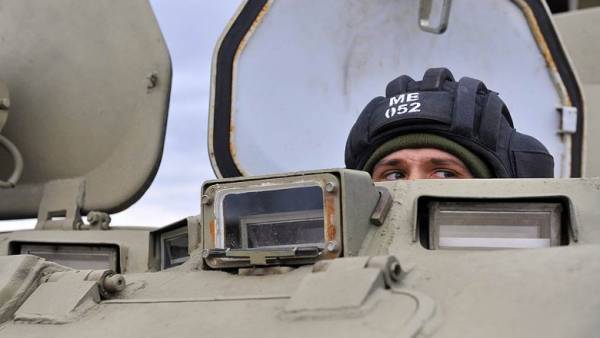 Experts of the Russian international Affairs Council (RIAC) and the European community leaders for multilateral nuclear disarmament and non-proliferation (ELN) issued a report on how to stabilize the relationship between Russia and NATO, and to avoid direct collision between them. The document says that the proposed measures can be implemented even in the current confrontation between Russia and the West. The authors, in particular, are encouraged to raise the level of the Russian representative to NATO, to make the meeting of the Council Russia—NATO regular and create a hotline for cyber security.

Publication of the report “towards a stable relationship, the NATO—Russia” is scheduled for 7 February, but “b” made acquainted with its contents in advance. RIAC is chaired by the former Minister of foreign Affairs of Russia Igor Ivanov, and ELN, former UK permanent representative to NATO sir Adam Thomson. In the preparation of the report was attended by over 30 experts from Russia and countries—members of NATO, including former senior diplomats and military.

According to the compilers of the report, relations between Russia and NATO are doomed to perennial opposition.

“It is due to irreconcilable contradiction in the vision of the world from the leadership of Russia and the West. Each party is guided by deep-rooted and incompatible perceptions of threats, violations and misconduct of the other party. Trust between Russia and NATO countries have been lost completely, continues costly and rapid process of building on their strengths and capabilities,” the document says.

The authors believe that “the risk of unintentional escalation of the conflict between Russia and NATO is too serious to not think about how to give greater stability to the existing relations of mutual deterrence.”

“Stability in relations between Russia and NATO can enhance the reasonableness of the efforts to contain and focus the parties on dialogue aimed at reducing the risks of possible accidents, miscalculation or miscalculations. This will reduce the risk of destructive escalation”, — convinced the Russian and European experts.

Russia is accused of киберпреступлениях5 ferallite blocked investments of the Russian “System” for gathering map данных4 ankarahotra the attack did not affect secret data Merkel and her ведомства4 январяBild: Merkel became the victim of a hacker attack

The report proposes two sets of recommendations. The first is “a basic set of measures for stabilization” of relations between Russia and NATO. Among other things he suggests:

The authors note that joint risk management does not preclude the preservation of principled positions, but rather, differences of the parties. As an example, they cite the us-Soviet agreement on measures to reduce nuclear risks and arms control during the cold war and later the agreement between Russia and the United States on conflict resolution in Syria.

The report contains “advanced” set of measures on stabilization of relations between Russia and NATO, but the authors acknowledge that at the present stage of the confrontation, to talk about the implementation of these recommendations is not necessary. He, in particular, involves the creation of additional formats of the NRC’s cyber and military doctrines, the conduct of meetings of the NRC at the level of Ministers and strengthening cooperation on arms control.