The Kremlin said reports of doubts about Maduro

Moscow continues to support the elected President of Venezuela Nicolas Maduro, said press Secretary of the President of Russia Dmitry Peskov. His words are quoted by the RBC on Thursday, February 7. 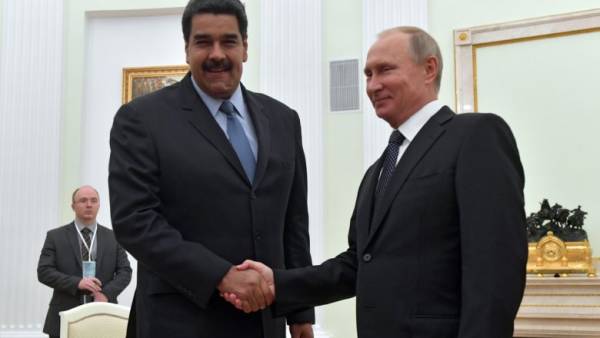 He was commenting on reports in the press that the Kremlin’s position on this issue has changed. Peskov stressed that the topic of evacuation and rescue of Maduro “does not appear and does not rise”. According to the press Secretary of the Russian leader, dialogue on the topic of the Venezuelan crisis between Russian and American parties there.

“Vladimir Putin we always provides assistance in all aspects”

On the eve of the information appeared that Moscow is beginning to doubt the viability of the regime of Nicolas Maduro.

Russia has repeatedly expressed its support for Maduro after the opposition leader Juan Guido declared himself acting President of Venezuela.

The situation in the country escalated on January 23, when the leader of the opposition, Guido proclaimed himself President. A number of Western countries, including the US, found its legitimacy in this status. Russia announced support for Maduro, and later in a telephone conversation supported by the Russian President Vladimir Putin.

dual power and the coup attempt in Venezuela. The main thing

How is the crisis in the Bolivarian Republic.