Hillary Clinton called the U.S. decision to withdraw from the INF Treaty “a gift to Putin”

Hillary Clinton criticized the decision of U.S. President Donald trump to withdraw from the Treaty on the elimination of intermediate-range and shorter-range nuclear forces (INF). According to her, it was a “gift” to the President of Russia Vladimir Putin, reports The Hill. 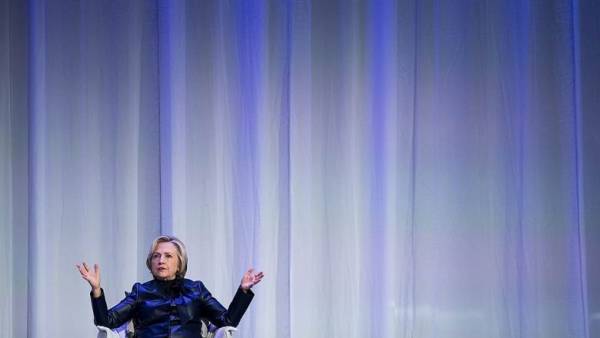 Mrs. Clinton said that the administration of former U.S. President Barack Obama insufficiently discussed this issue with Russia. The administration trump, in her opinion, took the decision to withdraw from the INF Treaty, “urging Putin not to liability for breach of contract”.

“The last thing the world needs now is a nuclear arms race,” — said the former candidate for U.S. President, speaking to students at Georgetown University in Washington.

Shoigu told how Russia will respond to the U.S. withdrawal from the INF Treaty

The President of the United States Donald trump later admitted that Moscow and Washington “will be able to negotiate a different agreement” instead of the INF Treaty. In response, Russian foreign Minister Sergei Lavrov said that Russia already voiced enough of proposals for arms control.

We will remind, on elections in 2016, Republican Donald trump was ahead of Democratic candidate Hillary Clinton, who was considered the favorite in the presidential race. In the end, she scored 218 electoral votes, and Mr trump — 279.