The dispute of Ukraine with Russia has been postponed indefinitely

The ECHR overturned a hearing in the Grand chamber. 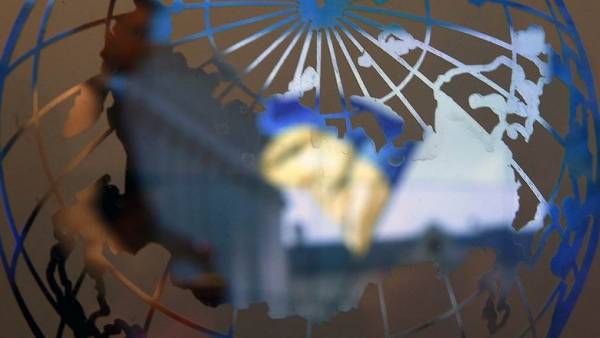 The Grand chamber of the European court of human rights (ECHR) has postponed indefinitely for “organizational reasons,” hearings on interstate case “against Ukraine”, which was scheduled for February 27.

Earlier the court has satisfied himself or herself born in the Ukraine, the Russian judge Dmitry Dedov and rejected made by the government of the Russian Federation the withdrawal of Ukrainian judge Ganna Yudkivska. The Russian judge ad hoc was a member of the UN Committee against torture, judge of the international criminal tribunals of the UN retired and former Advisor to the constitutional court (CC) of the Russian Federation Bakhtiyar Tuzmukhamedov. The cancellation of the hearings in such a short period may be associated with the presidential election in Ukraine, noted the sources.

The abolition is scheduled for February 27 hearing on the first claim of the Ukraine to Russia, the ECHR said on its website on 6 February — just a week after it was released the date of their implementation.

The decision to postpone the meeting of the Grand chamber of the press service of the ECHR explains the “organizational reasons”, the new date of meeting is not named. In this case, the court last year agreed to consider approval of Ukraine of violations by Russia of the European Convention on human rights in the Crimea and decided to share them with another case relating to events in Eastern Ukraine and the Donbas. The Ukrainian authorities accuse Russia in violation of article 2 (right to life), article 3 (prohibition of torture, inhuman or degrading treatment), art. 5 (right to liberty and security), article 6 (right to a fair trial), article 8 (right to respect for private life), article 9 (freedom of religion), article 10 (freedom of expression), article 11 (freedom of Assembly and Association), article 13 (right to an effective remedy), article 14 (prohibition of discrimination) of the Convention and article 1 of Protocol No. 1 (protection of property) and article 2 of Protocol No. 4 (freedom of movement).

In the complaint, in particular, refers to killings of Ukrainian servicemen, law enforcement officers and civilians, mistreatment of the Crimean Tatars, the illegal introduction of Russian citizenship, attacks, abductions, ill-treatment and persecution of journalists, harassment and intimidation of the Ukrainian Orthodox priests and imams, seizure of property of Ukrainian legal entities.

In addition to inter-state claims in the ECtHR, has accumulated more than 4 thousand individual complaints about the events in Crimea, Eastern Ukraine and the Donbas.

As a confirmed “Kommersant” the Russian judge Dmitry Dedov, even in the summer he warned that recuse myself. “I’m always in all the documents indicated that he was born in the Ukraine. I spent my childhood and therefore don’t feel totally impartial in this matter,” the judge said.

In June the government presented the ECtHR provided for such cases, the list of ad hoc judges. It included Professor of international law member of the UN Committee against torture Bakhtiyar Tuzmukhamedov judge at the international criminal tribunals of the UN retired and former Advisor to the constitutional court (CC) R; judge of the Supreme court Olga Vedernikov (daughter of a former judge KS Nikolay Vedernikov), and associate Professor of commercial law of the law Department of St. Petersburg state University, Andrei Bushev. All three of them in 2011 participated in the contest for the post of Russian judges of the ECHR, which was Dmitry Dedov.

Note that Mr Bushev was previously a judge in two “economic” Affairs of the former shareholders of Yukos (instead of accepting the rejection of the then Russian judge Anatoly Kovler), and “Kotov against Russia”. According to the rules of the ECHR a permanent replacement judge in a particular case chooses from a list of ad hoc judges President of the court: as confirmed “Kommersant” the press service of the ECHR, the judge in the case “against Ukraine” this time was Mr. Tuzmukhamedov.

Kommersant’s sources say that Russia’s position was supported by the judges from a number of Western European countries, however, the Grand chamber of the ECHR in mid-January by a majority of votes has rejected the withdrawal of MS Yudkivska. This solution, however, is not yet disclosed, and, according to “Kommersant”, the issue of disqualification could be raised again, in particular, on the initiative of judge Tuzmukhamedov. He on Wednesday was unavailable for comment, “b”, however, interlocutors “” assert that the issue remains the participation in the case of Mr. Tuzmukhamedov who was active in the media on issues of international justice and, in particular, commented on the events in Ukraine. Kommersant’s sources in Strasbourg say that on Monday, the Grand chamber will hold a regular meeting on the discussion of these questions.

The intrigue intensifies the fact that the term of office of Anna Yudkivska expires in the spring of this year, while nominations for this post are still unknown — most likely, Ukrainian authorities would call them after the scheduled March 31 of the presidential election. Note also that in the previous interstate case “Georgia against Russia”, the Russian authorities stated the withdrawal of the Bulgarian judge Yonko Grozev that PACE until the election of a judge (without Russia) represented the Pussy Riot case against Russia, but the ECHR rejected the withdrawal.

Judge Dmitry Dedov told “Kommersant” that unknown to him the reasons for the cancellation of the trial date on the suit of Ukraine to the Russian Federation. But he considers “wrong”, that “this step was taken without public explanation of the objective reasons at the last moment, when hundreds of observers have already reserved space at the meeting and tickets to Strasbourg, and without assigning a new date of hearing”.

Earlier, the court postponed the hearings on the Alexey Navalny case, explaining the reason shortly before they created a precedent with respect to the recognition of the persecution of political claimants and assigning a new date.