The anarchists call to order

The French national Assembly on Tuesday night adopted on first reading “the law against the thugs.” He needs to help law enforcement agencies to establish order in the country, which is every Saturday violate protesters “yellow jackets.” To find a justice on the thugs even in Parliament was not easy, even harder to be on the street, said the correspondent of “Kommersant” Alexei Tarkhanov. 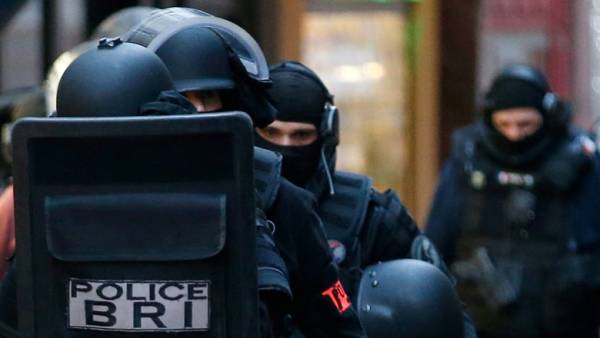 “The law against the rioters” adopted by an overwhelming majority. It was supported by 387 people, 92 deputies were against, there was no 74. March 12, he will need approval in the upper house of Parliament — the Senate. For the government’s proposed law voted right-wing “Republicans” (LR), members of the Democratic movement (MoDem) and of course the supporters of the presidential movement “Forward, Republic” (LREM).

However, even among them, the law was not met with unanimity. 50 deputies macrosystem did not participate in the vote. It was opposed by the socialists (PS) and, as often happens lately, the solidarity of the ultra-right “National Association” (RN) marine Le Pen and the ultra-left of “Rebellious France” (LFI) Jean-Luc Mélenchon.

The approved document is not law in the broad sense of the word, and a set of rules that will facilitate the work of the police to maintain order.

There are several proposals which at first sight seem reasonable, including restriction of the right to demonstrate, detection and punishment of the rioters, the ban on the appearance in the streets with his face covered.

The right to exclude certain citizens from participating in demonstrations under the new law, get the police, while before it could be done only by the court.

Criteria will be the behaviour at past demonstrations — and even in those cases when justice has not filed suspect any specific allegations.

Potentially dangerous activists will be included in the special dossier, which be entrusted to the police. Theoretically, any “yellow vest”, which for these three months of protests lingered on the streets, cannot enter the lists of those to be banned. Violators will face a fine of up to €7,5 million and six months imprisonment.

Power compare these rules with those that apply in France with respect to fans after they were accused of violating the order, they are forbidden to attend sporting events. However, the opposition believes that it is ridiculous to compare the right to attend a football match with the right to Express dissatisfaction with the government. It calmed even the fact that the prohibitions are not final and can be appealed in court.

The police will have the right to search citizens in the area of the demonstrations, but in the process of the powers of law enforcement authorities excluded the possibility to examine the documents and to establish a security perimeter of the demonstration.