The textbook on Economics is not enough patriotism

A Handbook for high school students withdrew from the Federal list. 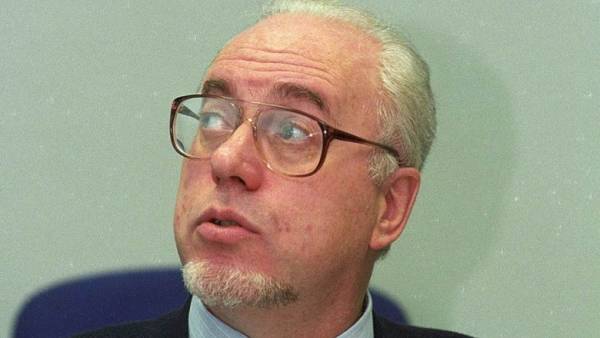 Doctor of economic Sciences Igor Lipsits said that his textbook “Economics” for 10-11 classes were not included in the Federal list of textbooks (FPU) because of the lack of materials, “of import substitution as one of the directions of modern economic policy that shape students ‘sense of pride, of belonging to what is happening”. The Ministry of education and Russian Academy of education (RAO) that conducted the examination, the direction of such recommendations deny, stating that Supplement the textbook suggested the publisher. The experts, whose conclusions became the basis for the exception, textbook of PD, noted in conclusion that the author “does not promote love of country”.

The publishing house “Vita-Press” on the basis of the recommendations of the RAO sent the author of the tutorial letter with the adjustments necessary for the return of textbooks in the Federal list of textbooks. The amendments relate to “is more correct presentation of the current economic situation (from the point of view of its evaluation) and the history of its formation”, “the exclusion of a number of issues for discussion that can provoke a negative, non-constructive discussion and is not directed on formation of skills of self-assessment and self-reflection of students”. From the letter also suggests that the publisher, based on expert opinion, the author proposes to include in the textbook “materials about the nearest plans of economic breakthrough” and “about import substitution as one of the directions of modern economic policy, shaping students ‘sense of pride, of belonging to what is happening”.

The textbook, according to the author, previously received positive conclusions of the Russian Academy of Sciences, RAO and public examination, but the Ministry ordered another examination of three experts: two of them are experts of RAO, and the third is the teacher.

In the Russian Academy of education “Kommersant” declared that the examination is conducted by the Ministry of education, so only they can comment on the results. The Ministry, in turn, deny that are relevant to the formulation of recommendations. They point out that it offers of the publishing house, then as mister Lipsits have to return the textbook in FPU to do the prescriptions of experts. In document examination (available to the “b”) there is no direct recommendation to include materials about “economic breakthrough” and import substitution, but actually present wording:

“The discussion questions do not encourage the love for the Motherland”, “the examples do not promote love of country”, etc.

The head of the publishing house Lyudmila Antonova said “Kommersant” that the recommendations, which the author sent to the publisher, was taken from reviews of experts.

As said “Kommersant” mister Lipsits, he brought the experts and the publisher claims disagrees: “They require to explain everything in one tutorial. I’m the only one in the country has created a full cycle of books on Economics — from 6-7 to 10-11 classes. Material apart at the classes, so the kids were easier to learn”. The author of the textbooks noted that the FPA remains his textbook for 9th class. He also said he did not believe in the return of the textbook for 10-11 grades in FPU, but is willing to make some changes, “to have schools, if they will use this book as a guide and not as a textbook.”

To make changes relating to the “joyful words about the rise of the economy and the Patriotic impulse of import substitution for” mister Lipsits not intended.

“Then I can’t do this, alas. I have forgotten how to write over the past 25 years and to restore the skills of verbiage do not want” — he said “Kommersant”.

Illustration from a children’s book stirred the social network