The most unusual postage

Is it possible to mail the snow to get the diamond to save his security and whom people send manure? “My planet” — on mail, which is hard to believe. 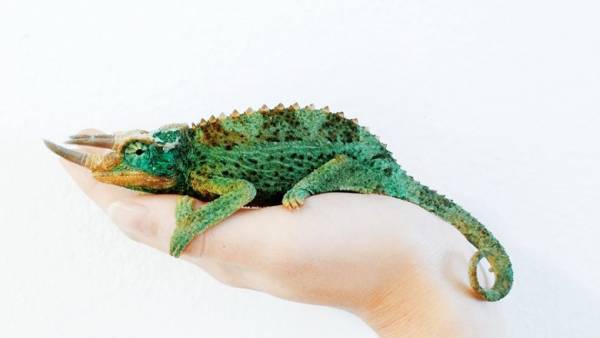 In December, 1954 in one of the post offices in Orlando, Florida, the parcel came. And with it a letter:

Dear sir, I am sending my chameleon because I live in Fostoria, Ohio and the climate here is cold for the animal. Let him go, please, at will. Sincerely yours, David… PS please Notify me as soon as it is formed, I am very worried about him.

If it does not, the postman, opening the parcel, it could decide that it was a joke. The box was empty! But, remembering the ability of the chameleon to change color depending on temperature, light levels and other factors, the man looked up. At the bottom was a chameleon. After a few days careful owner printed out the answer:

Dear David, I received Your chameleon yesterday and immediately released it on the lawn near the mail. With best wishes, L. A. Briant, the younger the postman.Instead of protection.

The story of the rock legends. It is believed that it was brought from India by the French merchant, traveller and jeweller Jean-Baptiste Tavernier, to present to king Louis XIV. The gift was more than valuable. To cut stone weighed 115 carats. The hope diamond was later named its first official owner, a British aristocrat Henry hope. Then who not only owned the diamond, but to each he brought misfortune.

Dealer of precious stones from new York, Harry Winston acquired the stone in 1958, claimed he did not believe in his evil destiny. However, risk did not. In the same year, decided to give the diamond to the Smithsonian. Method chose an unusual mail. Who would think to open the parcel in search of treasure? For postage he had paid only $2.44 at much cheaper security services. However, still insured the package for $1 million just In case. Fortunately, the post office delivered it in one piece.

Diamond is now kept in the Museum of natural history, Smithsonian institution and is the main exhibit. Now it is estimated at $100 millionvan Gogh — 2: a severed ear

Most fans prefer to give idols, flowers or soft toys. Not every celebrity can boast of such an unusual gift I received in the mail the musician of band 30 Seconds to Mars Jared Leto in March 2013. A fan not only of Jared’s, but van Gogh had sent the musician a neatly severed human ear. That meant the gesture, Jared did not understand. Even applied to gift a note with the question “are You listening?” nothing clear. To find the sender failed.

Brick by brick: the building of the Bank

In the video got the most cheerful postman in the world

Local businessman William Coltharp decided that the town needed a Bank, built for the ages. But there is a problem: the nearest brick plant was located in salt lake city, a distance of over 200 km, and the shipping cost was four times higher than the cost of the bricks. And this man was born a genius idea — to use a recently established service mailings. He counted the cost and found that it really will be cheaper.

Not to exceed the maximum shipping weight 23 kg, 80 000 bricks laid on the boxes ready to send parties. In the day the factory delivered 40 parcels, and each of them first designed the post office in Vernal. So soon his workers began to grab their heads at the sight of another box. However, the order is executed. But once introduced a rule under which it was forbidden to send to a single recipient more than 91 kg in a day.

And the building stands to this day. Since 1974, there is a Department of Zions Bank.Student tradition: the arrows with the town clock

On the last day of the spring semester working at the Washington police added: they have to strictly follow the main tower of the campus to Healy Hall.

Because students at Georgetown University has a tradition: every two or three years they are stealing the clock hands from the tower and send them to the Pope. Why is unknown, but the custom is strictly observed. The main thing — not to get caught.

But it is not always possible. The last case occurred in 2017, when two students were detained, based on the fingerprints that they left on the spot “crime.”