MOSCOW, 6 Feb — RIA Novosti. The desire to eat high-calorie fatty foods was one of the main engines of human evolution, before our ancestors invented tools and “domesticated” fire. Write about the scientists in an article published in the journal Current Anthropology. 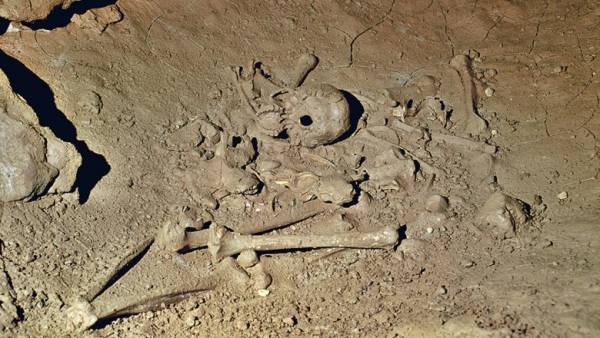 “Most likely, our ancestors tasted the fat is approximately four million years ago. Fatty bone marrow, hiding in the bones of animals killed by predators, was one of the largest and most attractive sources of calories. They, most likely, and put a man on its current evolutionary trajectory,” says Jessica Thompson (Jessica Thompson) from Yale University (USA).

Anthropologist said, how did the human brain for seven million years

One of the main mysteries in the history of human evolution a long time is how our ancestors were able to acquire such a large and “hungry” brain, consuming about a quarter of the energy produced by our body.

Most scientists believe that this was “guilty” of tools that allowed our ancestors to go on a meat diet, and the transition to bipedalism. Other anthropologists suggest that this happened due to the fact that the first protrude lived near volcanoes and geysers that allow them to “cook” food and extract the maximum energy.

The problem is that our closest relatives, gorillas and chimpanzees, spend 8-10 hours in search of food and eating in order to feed your small brain. Since neither of these Primate species never invented tools, the question is how it managed to make the man, and whether tools and the ability to cook food the main factors in our evolution.

Thompson and her colleagues have proposed a new, highly original explanation for this paradox, studying various issues specific to the “meat” of hypotheses and controversial for several decades.

For example, as shown by the observation of chimpanzees, primates can almost always eat meat and kill other animals, including other monkeys, without using specialized tools. Fists, teeth and stones effectively cope with these challenges, and while scientists have no definitive explanation as to why our ancestors began to create tools, and not acquired sharper teeth and claws.

of the Yeti. Scientists have finally solved the mystery of Bigfoot

In addition, analysis of the remains of the first upright hominids suggests that they already had a fairly large brain, but was quite clumsy. This is manifested in the fact that they have not been able to run as good as modern humans or Neanderthals, but lost the ability to live on trees like monkeys.

Even if they can somehow continually produce meat, says Thompson, such a diet, probably, was not very high in calories. The soft tissue of the body in contemporary African animals almost do not contain fat and their digestion usually takes nearly the same amount of calories as present in the “diet” meat.