Prime Minister of Ukraine Volodymyr Groysman gave advice to citizens on the eve of Valentine’s Day on February 14. According to him, Ukrainians should have more children and not worry about the paperwork, especially after the appearance of the service “E-Malyatko”. 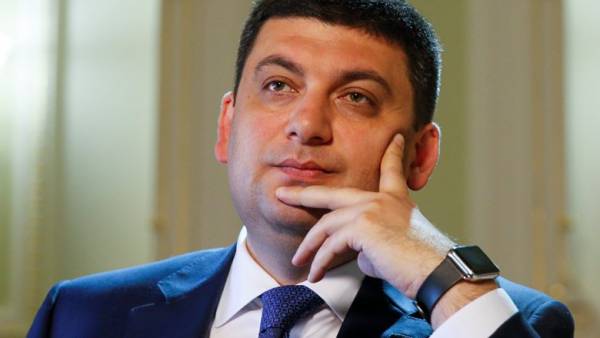 “Make love, and the documents will be handled by the Ministry of justice,” — said the head of Ukrainian government, quoted by “Strenia”.

Groisman noted that “children are the most precious thing we have,” and encouraged to invest in them.

Service “E-Malyatko” may appear in Ukraine on the initiative of the Ministry of justice of the country. In case of approval to execute documents for the newborn will be online.

18 January it was reported that the population of Ukraine for 11 months (January-November 2018) decreased by 208,8 thousand people, and the number of deaths of citizens by almost two times exceeded the number of births.