In Egypt found an ancient tomb with mummies 50

In Egypt have discovered an ancient tomb, in which there were 50 well-preserved mummies, announced the Egyptian Ministry of antiquities. 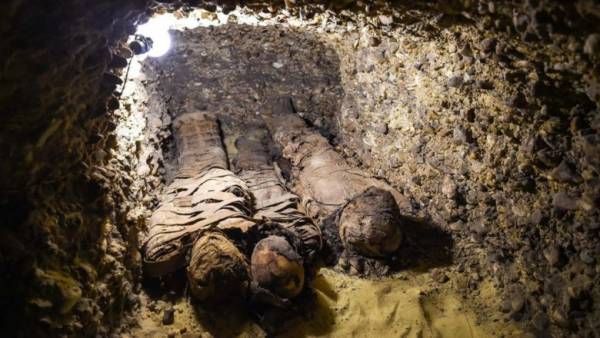 The burial depth of nine meters was discovered during excavations in the area of tuna El-Gabal in Minya governorate in Central part of the country.

50 mummies, including the remains of 12 children, there were four burial chambers.

Some mummies were wrapped in cloth, others laid in coffins.

During excavations were also found funerary masks and ancient pottery.

Archaeologists believe that the burial relates to the Greco-Roman period in Egyptian history (305-330 BCE).

This is the first such discovery of Egyptian archaeologists in 2019.

According to archaeologists, the remains could belong to people who have held important positions, as well as their families.