Semifinalist “Leaders of Russia” the first has launched a unique production

Semifinalist personnel of the competition “Leaders of Russia” Kirill Belov, which is in Nizhny Novgorod is Deputy Director for development, JSC “Orgsintez”, told how five years ago, I participated in the successful save the plant from closing. 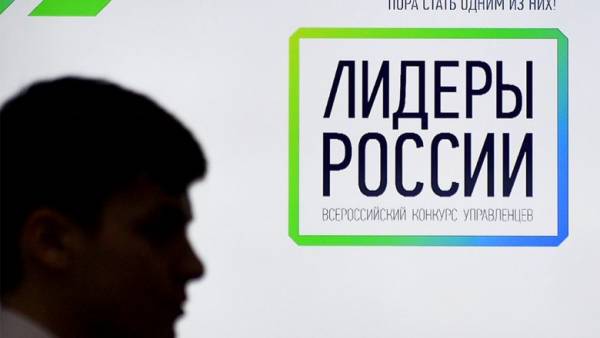 As a result, managed to save 160 jobs. Belov noted that this is not only his merit, but the team that came with him to the factory.

“I was one of the members of this team. Then there was a question about what the plant unprofitable in the near future it may be closed. The task was to at least bring it to self-sufficiency,” — said Belov.

According to him, when they began to understand the situation, we saw that the method works were not built, such a system is absent as such.

“The plant was a mess. And this mess is 10% of the profits plundered, half of the production was idle, and the efficiency was 40%. To change this, it took simply to systematize the work,” explained Belov.

Also needed to motivate people to have them and wanted to work with full dedication, and not anyhow.

“Everything depends solely on us. No one can help you, no one to feed your family for you. Only you yourself can do it. And what does it require? Work, put maximum amount of effort. And no matter what position you’re working, mechanic, janitor, head of Department, Department of procurement. Or you work with full dedication, knowing what the result will be, either after some time the plant will simply cease to exist and you will not have this work”, — said Belov.

He is one of the founders, was responsible for the development of the polymer composition. But because of his amusement in a variety of projects Director of future production will be a different person.

In Russia, such products are not produced. The company will be called “3D additive technology”. Now it gets registered. As in Russia, additive technologies are still in an embryonic stage (meanwhile in the world they are actively developing), yet no documentation, no Standards and building codes. This problem Belov.

“Currently, we are starting the production. It will take approximately six months. Now no industrial base. Therefore, everything is done from scratch. Until we begin to produce and, most importantly, to implement it, it will take three months. The time when we’re at full capacity, will come in six months. And we have plans to sell products not only in Russia, but also to enter export markets”, — said Belov, stressing that the recent marketing studies indicate that the greatest potential of such products abroad.

As reported by the newspaper VIEW, on Saturday in Nizhny Novgorod started the semifinal of the Russian contest of managers “Leaders of Russia” in the Volga Federal district. In this stage of the competition involved 436 people.