Congresswoman Tulsi Ms. Gabbard has officially entered the battle for the US presidency

The politician also urged to “fight back” of the current administration. 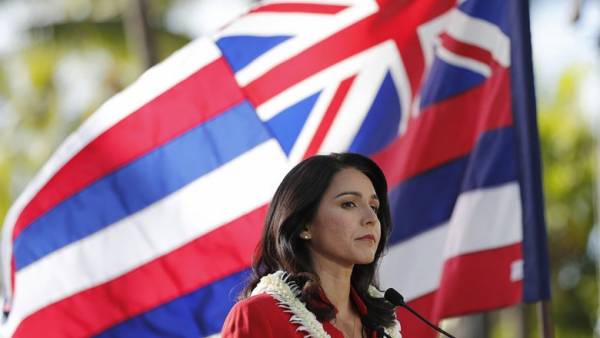 NEW YORK, February 3. /TASS/. Member of the house of representatives of the us Congress, Tulsi Ms. Gabbard (Democrat from Hawaii) said Saturday to join the fight for the U.S. presidency in the elections of 2020. The speech of the legislator in Honolulu (Hawaii) was broadcast on her Twitter.

“We need to repel the current administration that claims to believe in the slogan “America first”, but sells our soldiers, our arms and the interests of the country that will pay more,” said Ms. Gabbard. She said she intends to oppose “politicians from both parties” who “are thinking about what new war to start and where to start to kill people”.

“Every dollar that we spend on wars for the purpose of regime change or a new cold war, this nuclear arms race, is a dollar out of our pocket,” — said the legislator. She noted that these funds “should be spent for the satisfaction of these urgent needs” of the US population.

On the brink of nuclear war