Media: showman Zelensky is willing to negotiate with Putin if he becomes President of Ukraine

KYIV, February 3. /TASS/ — According to the newspaper “the Country”, the candidate in the election of the Ukrainian leader announced this at a meeting with Western ambassadors. 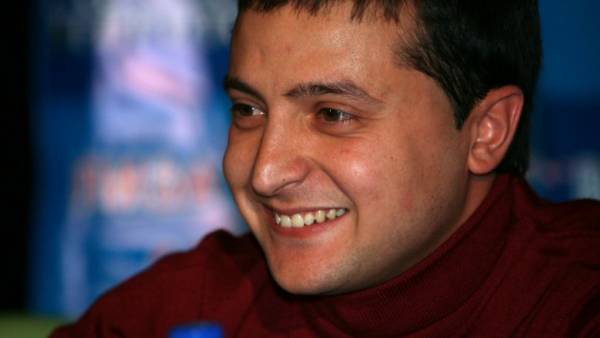 The presidential candidate of Ukraine, showman Vladimir Zelensky at a meeting with Western diplomats reportedly stated that ready to negotiate with Russian President Vladimir Putin, if he wins the election.

According to the publication “the Country”, citing its diplomatic sources, during the meeting on Zelensky was pressured by the Ambassador of France Isabelle Dumont with a question about solutions to the problems of Donbass.

“The answers to these and other questions, it was upsetting and even discouraging. When he said he was going to sit down at the negotiating table with Putin, the ambassadors asked him — if he was afraid that the administration of the President after that will burn the radicals?” — the article says.

Presidential elections in Ukraine scheduled for March 31. Now the Central election Commission is accepting applications for the registration of candidates for President. This phase of the campaign ends on 3 February. Registered 26 candidates.

According to recent opinion polls, presidential approval rating is headed by Zelensky, second and third places are divided, according to various polls, the head of “Batkivshchyna” Yulia Tymoshenko and current President Petro Poroshenko, followed by the leader of the “Opposition platform For life,” Yuriy Boyko. Anatoly Gritsenko rounded out the top five.