MOSCOW, 1 Feb. /TASS/. The ability to deploy on the territory of Romania 24 American cruise missiles Tomahawk now the real. This was stated by Deputy foreign Minister Sergei Ryabkov in an interview to TV channel “Russia-24”. 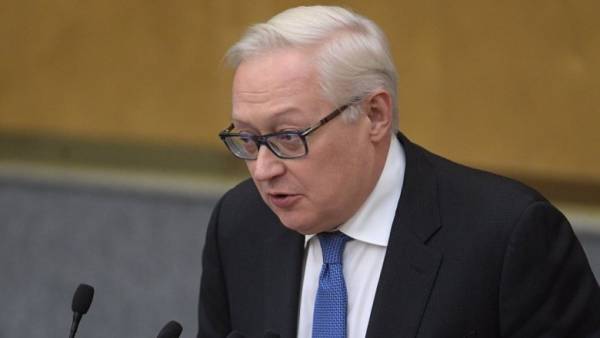 “When in Poland [complexes] missile defense (missile defense) Aegis Ashore will be deployed, and another 24 will be added. Turns out, 48 pieces in total with a range of 2,500 kilometers, — said the Deputy Minister. — Draw a compass on the radius map and see which areas of the European part of the Russian Federation fall within the coverage of these missiles.”

Ryabkov also said that Moscow could not ignore such a threat. “I can’t take it on faith that the Americans supposedly now they have no intention of this kind of tools to deploy in the complexes Aegis Ashore”, — he concluded.