What was on Board the Russian aircraft took off from Venezuela. 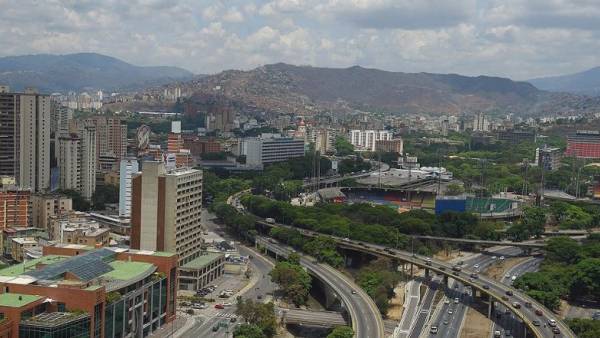 Venezuela is not kept in Russia its gold reserves. According to the head of the Central Bank Elvira Nabiullina, reports that Moscow has transferred to Republic its gold bars are not true. In this case the media for the second week discussing versions about why in Caracas frequented by Russian planes. The most popular — they carry Venezuelan gold. All that is known at the moment about the mysterious flight, the material of Ivan Yakunin.

News about the mysterious Russian aircraft in Caracas arise since then, like Juan, Guido declared himself President of Venezuela. According to observers, they take out either the top of the local elite, whether Russians, whether gold. To separate truth from fake not always possible. Another reason for discussion was given to “Novaya Gazeta”, the journalists of which argue that a Board flew from Vnukovo to Caracas, but on the way stopped in Dubai. There from the cargo Bay allegedly unloaded 30 tonnes of gold, and loaded more than $1 billion in cash.

The head of the Central Bank Elvira Nabiullina says that the Venezuelan gold are never stored in Russia. The former Chairman of Bank of Russia Sergey Aleksashenko confirms this:

I have not heard that the Russian Central Bank provided such services. Just have a traditional store that are used for this purpose are, for example, Swiss banks, the US Federal reserve. Contract, accept the bars, they are all numbered. When you take them back you return the same bars and you can check it out.

If Maduro cashes the gold reserves, the question arises — why? Recently, to reassure the population, he announced an ambitious programme of improvement and promised to give $1 billion That is some movement around the reserves is understandable. Another Russian aircraft was spotted in the airport of Caracas — photos Boeing 777 airline Nordwind sent to “Kommersant FM” a local resident. And the Venezuelan parliamentarian Jose Guerra stated that it plans to export 20 tonnes of the precious metal.

Board only on Thursday returned to Russia. He brought this gold, sold along the way or never taken on Board, is unknown. The airline informally explained: Yes, that’s our plane, but he’s a passenger — something like the bars on the chairs was lying? Honored pilot of the USSR Oleg Smirnov believes that a strong argument:

The Boeing 777 is a wonderful airplane, which takes a significant commercial load. He can take on Board and passengers and several dozen tons of cargo in cargo compartments. There is very much gold coming in. In addition, in appropriate packaging gold can be transported in the passenger cabin, attaching it to wooden structures, so it does not shift.

There is another interesting detail: for example, a passenger aircraft, and from Caracas carried people. But regular flights to Venezuela from Nordwind is not. Then suddenly he was there? Representatives of the carrier, again informally, explained that the Board had chartered a private company. The locals believe that it was a puzzle: the rumors about the removal of the Russians went a long time, says a resident of Venezuela Andrey Ulianov: “of Course, only by word of mouth we have something to explain to our Russian-speaking society says clearly, assuming that the Board is prepared to take the staff of “Rosneft” from the country. Thus “gold” is Russian personnel who are working in Venezuela, because the rumor is that he has long gone. My friends who live in Caracas, said that there are prepared lists for evacuation just in case”.

“People just have nothing to eat”. Russian language — about the political crisis in Venezuela

It would seem that the case is solved. But a recalculation of the gold reserves of Venezuela joined Reuters. According to him, the Caracas do is selling stocks of the precious metal, and 3 tons has already gone to the Emirates and 12 t is allegedly preparing to send. There, in Dubai, according to “Novaya Gazeta”, and was sold to reserves, which could be stored in Moscow. So maybe the question about which presidents will support the Emirates, which still remain neutral. Coincidence or not, but on the eve in Dubai with working visit there has arrived the Secretary of security Council Nikolay Patrushev.

Last week Nicolas Maduro has asked the Bank of England return of the gold reserves of Venezuela, which was entrusted to him for safekeeping. It was about a bullion value of more than $1 billion However, the regulator refused to do, explaining that the funds the President could use to put pressure on the opposition.