Left the top: why the killing of a tourist group Dyatlov

February 2, 1959 on one of the passes of the Northern Ural mountains under mysterious circumstances killed a tourist a group of Igor Dyatlov. TASS talks about the timeline of the campaign and the likely causes of the tragedy. 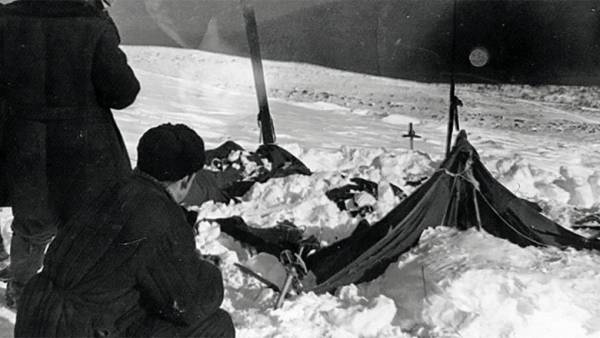 It was planned that in January — February 1959 a group of ski will be about 350 km North of Sverdlovsk oblast: from the city of Ivdel to the village Vijay Ivdel city district, making a path climbing the mountain Otorten and Aiko-Chakur. January 28, the day after the beginning of the campaign, Yuri Yudin fell ill leg, after which he returned to Sverdlovsk, being the only survivor of a group of Dyatlov (died in 2013). According to the plan of the expedition was to reach the Vizhaya and not later than 14 February to send out a telegram. Once in the village the group came on 20 February began her quest.

26, at mountain pass (later named Dyatlov), 300 m from the top of the mountain Kholat syakhl searchers have found tourist tent in which lay personal belongings and documents of the group. The next day, at a great distance from the tent were found the bodies of Doroshenko and krivonischenko, and then Dyatlov and the Kolmogorov. In March was found the body of Rustem Slobodin. The remaining bodies of the four victims found only in may, when I started to go snow, approximately 2.5 km from the tent, in the valley of nameless Creek. After the forensic medical examination of all the dead were buried in cemeteries of Sverdlovsk.

Novostizenit the events on the Dyatlov pass remain classified informatiesysteem

February 26, after the discovery of the dead was a criminal case. The investigation revealed that roughly on the night of 2 February, all nine members of the group inexplicably left the tent, taking with you warm clothes, and headed down the hillside, presumably, to the warehouse, set next to the river. However, choosing the route, they missed and went to the other side of the pass. Realizing their mistake, some members of the group led by Dyatlov tried to go back to the tent for warm clothes, but because Blizzard are unable to do so. All the tourists were killed within a few hours.