Source: at searches Senator Arashukova and his father withdrew a large sum of money and weapons

MOSCOW, January 30. /TASS/ — Investigators will try to identify property owned by the defendants in the criminal case, which will be seized for damages from crimes, said the Agency interlocutor. 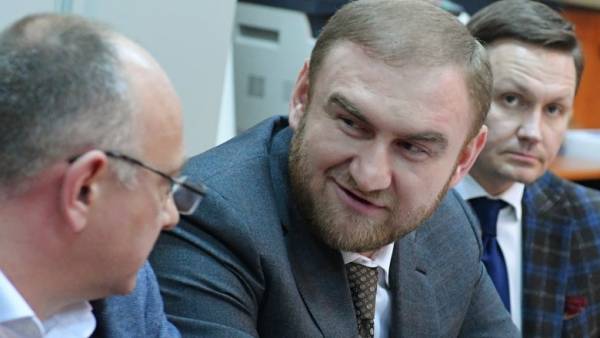 Law enforcement officers seized a large sum of money, jewelry and weapons during searches of the Senator from Karachay-Cherkessia Rauf Arashukov and his father Raul Arashukov — Advisor to the General Director of “Gazprom Mezhregiongaz”. About this TASS said a source.

“During the searches they had been discovered and confiscated a very large sum of money, a large amount of jewelry and weapons,” — said the Agency interlocutor.

He also reported that for compensation of a damage from crimes investigators will try to identify property owned by the defendants in the criminal case, which will be arrested.

“Damages from crimes, especially when it comes to crimes causing property damage, is one of the objectives of the investigation along with attraction guilty to criminal responsibility and the establishment of the whole picture of the crimes committed”, — said the source.

The Senator from Karachay-Cherkessia Rauf Arashukov Wednesday was deprived of immunity and arrested in the courtroom of the Federation Council, is the first such case in the history of the upper house of the Russian Parliament. The Senator is charged with violating part 3 of article 210 (“Participation in criminal community”), part 4 of article 309 (“badgering the witness), part 2 of article 105 of the criminal code (“Murder”). On Wednesday, the Basmanny court arrested the Senator for two months.