The leader of the Russian movement of Latvia: the mayor of Riga Nile Ushakov detained

The mayor of Riga Nile Ushakov were detained, it is taken to the detention center. About it on January 30 in his Facebook said the former Deputy of Riga city Council Ruslan Pankratov. 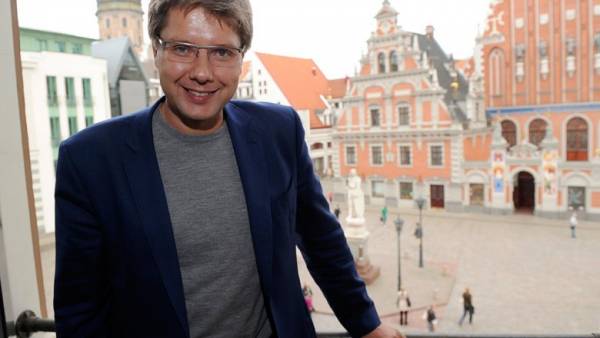 UPD. Portal tvnet.lv appeared the video, which Ushakov answers the questions of journalists after searches. He said that he had no status in the criminal case.

According to Pankratova, Ushakov was detained by the staff of the Bureau on prevention and struggle against corruption (KNAB). He added that ongoing searches in the office of mayor of the Riga city Council and his mansion in town. Official confirmation of this yet.

One of the leaders of the party “Consent” Janis Urbanovich has told to Agency LETA, that I could not connect with Ushakov. The acting head of the press service of the Riga city Council Ugis vidauskis told the news site Delfi that he does not know where the mayor of Riga.

Before the Latvian LETA reported that employees KNAB came to the office and the house of Ushakova with searches around noon. According to the newspaper, from the mayor’s office issued a large folder with documents.

The Latvian authorities are investigating the case of corruption in the municipal transport company Rigas Satiksme, which oversees the city hall, from November 2018. It turned out that enterprises from the Czech Republic and Poland have paid bribes amounting to more than 200 million euros for the purchase of trams, trolleybuses and buses.