Turtle meat, mushrooms or pizza than to stock up for the end of the world?

The family drifted on a boat in the Pacific ocean. All survived thanks to turtle meat. 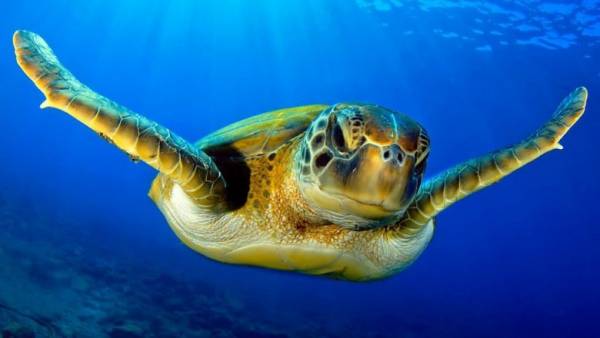 Douglas Robertson was 18 years old when his father, who formerly served in the merchant Navy, he decided to sell his farm, buy a 13-meter boat and go for a family circumnavigation.

“Every day was an adventure. It was idyllic,” says Douglas about this trip in 1971. Everything was going very well until the moment until near the Galapagos Islands on the schooner was attacked by a pack of killer whales.

The schooner sank, and the family of six were in the three-meter boat in the middle of the Pacific ocean, far from Maritime trade routes.

The food supply was small and they had to rely on the fact that he managed to catch in the sea.

On the sixth day, managed to catch a sea turtle. It saved them and the turtle meat became their main food.

“Lunch or dinner consisted of a piece of turtle meat, accompanied by a Cup of turtle blood. To drink blood is not as easy as it solidifies, so it should swallow very quickly. We poured blood into a mug and passed it to each other,” said Douglas.

During the drift in the ocean of the Robertson family began to invent new recipes.

“We made soup out of a turtle eggs and gnawed bones all day to get to the marrow,” he says.

Family caught turtles and fish, from which they made a kind of sushi. It all lasted more than six weeks. On the 38th day of the drift they were found by a passing Japanese ship.

“It’s amazing to realize that civilization is just a thin layer on the surface, but deep down we’re all hunters and gatherers and inventors,” says Douglas.

Diet the end of the world

“Turtle meat is full of protein, very little fat and almost no carbs,” she says.

However, turtle meat contains no omega-3-unsaturated fatty acids, vitamins A and C and dietary fiber.

In other words, says Joe Travers, if you eat one of the turtle meat, over time, start scurvy.

Not long ago, turtle meat was considered a delicacy. American President William Taft was famous for his personal chef, who knew how well to cook turtle soup.

But today people preparing for the end of the world (and there are many) are purchased for their bunkers mainly chicken, rice, oatmeal and soup in cans, says Sharon Coleman from The Bunker in the city of Leander, Texas.